The Lebanese Army has reported that it has moved a wire fence installed by Israeli military troops beyond the Blue Line, the ‘de facto’ border between the two countries in an incident in which troops from the United Nations Interim Force for Lebanon have participated (END).

“The Army has moved an Israeli enemy fence beyond the Blue Line, in the occupied Palestinian territories, after an enemy force deployed a four-meter barbed wire in violation of the aforementioned line, one meter inside territory Lebanese in Wadi Hunin”, explained the Lebanese Army in a message posted on Twitter.

On Sunday an Israeli force with three bulldozers, an armored personnel carrier and a contingent of infantry crossed the technical border in Wadi Hunin, near Marjayun, prompting the Lebanese Army to go on high alert. Israeli media have reported that they were carrying out defensive means erection.

Videos of the incident on Monday show Lebanese soldiers and UNIFIL troops together with blocked Israeli soldiers, engineers and bulldozers, all very close to each other. Lebanese forces demanded that the Israelis cease their activity and one of the videos shows Israeli forces leaving the area.

UNIFIL was deployed to the country in 1978 and restored after the 2006 conflict between Israel and Hezbollah, which lasted just over a month and killed some 1,200 people in Lebanon — most of them civilians — and 160 Israelis – most of them soldiers -, as well as significant material damage in the Arab country.

Resolution 1701 calls for an end to the conflict, the withdrawal of Israeli troops from Lebanon and contemplates the deployment in the south of the country of Lebanese forces and UNIFIL itself. Likewise, it contemplates the disarmament of all armed groups in Lebanon, which implies Hezbollah, and that there are no other armed forces outside those of UNIFIL and Lebanon south of the Litani river, which implies both Israel and the party- Lebanese militia.

UNIFIL is made up of more than 10,000 troops from 40 countries and Spain has some 650 soldiers deployed in the area. Spain holds command of the Eastern Sector of the strip south of the Litani River in which the international mission has jurisdiction. 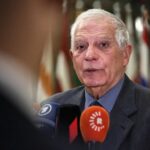 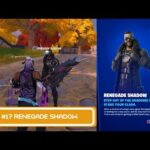