Kenya votes in general election with Electoral Commission under pressure 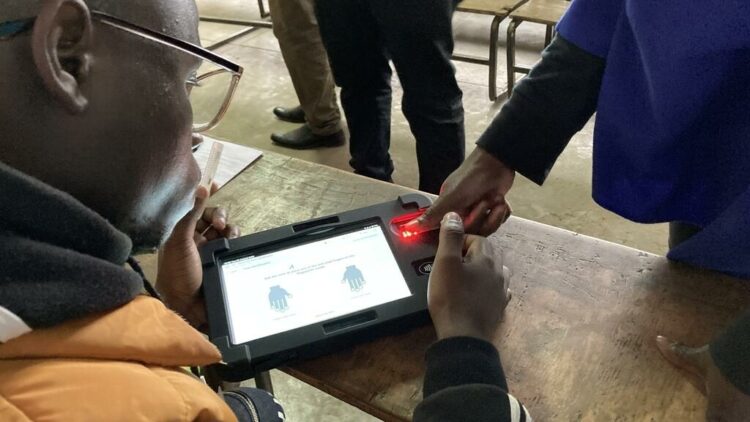 The 22.1 million Kenyan voters are called to the polls that Tuesday to choose the successor to Uhuru Kenyatta. The favorites are opposition veteran Raila Odinga and Vice President William Ruto. The pressure is great on the Kenya Electoral Commission, the IEBC. In 2017, the Supreme Court had annulled the vote denouncing “irregularities”, especially during the transmission of the results. Have the lessons been learned? How will the vote count work this time?

With our Nairobi correspondent, Florence Morice

Kenyans voted on Tuesday in a close election in which veteran opponent Raila Odinga and Vice President William Ruto are the main favorites to win the presidency of East Africa’s main economic engine.

Vice-president and supposed president’s dauphin, Ruto, 55, is running against veteran opposition leader Odinga, 77, now backed by Kenyatta after a surprising change of alliances.

Analysts have suggested in recent days that victory could be narrowly won by Odinga, a former political prisoner and former prime minister running for president for the fifth time.

But if neither gets more than 50%, Kenya would hold a second-round presidential election for the first time in its history.

A scrutiny under observation

The Electoral Commission assures that it has multiplied the guarantees to avoid the fiasco of 2017. First of all, the transmission of the results will be done through two parallel channels. A photo of the results form will be sent via secure messaging for compilation, while the original paper copy will need to be sent to the compilation center for comparison.

These forms will contain unique QR codes, says the Electoral Commission. Several tests have been carried out. A first in June resulted in a success rate of just 46%. A second in July of 92%, but on a smaller sample: 580 offices of more than 46,000… “It is not enough”, according to Mulle Musau, of the electoral observation group ELOG, to rule out the possibility of failure.

In addition, this test did not affect the 1,200 offices located in areas without Internet coverage. The electoral commission said it had installed satellite modems in these areas. For comparison, in 2017, more than 11,000 polling stations did not have good internet coverage. Some results were finally sent by SMS. Whether this will be enough to ensure confidence in the results and avoid a challenge remains to be seen, as the commission has been at the center of several controversies during the campaign.

One of these controversies concerns the electoral register. An independent audit in June revealed that it contained many flaws, including duplicates, deceased voters and security flaws. The commission says it has since cleaned it up. This is a general election. Kenyan voters will have to vote a total of six times this Tuesday, to elect not only their president, but also their deputies, senators, governors and local officials.

"Anne Heche is not expected to survive"Says the family of the actress, who remains hospitalized after an accident