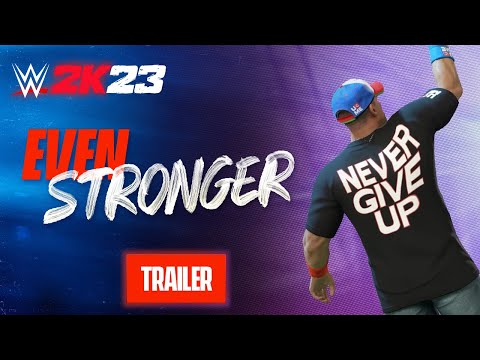 Are you ready for the most epic matches in WWE? 2K Sports brought John Cena back for the official video game trailer WWE 2K23which will go on sale on March 17 of this year for all consoles: PS4, PS5, Xbox One, Xbox Series X and PC.

As detailed by the developer, Visual Concepts, the main campaign will feature the veteran fighter, Cena, but not only will you be able to control him, his historic ring rivals will also appear.

One of the most outstanding elements of the game according to Visual Concepts is the graphic section that promises a realistic experience. A game mode called WarGames will also be added.

There, you will find multiplayer 3 vs. 3 or 4 vs. 4 in two quadrilaterals simultaneously. In turn, the game modes My Faction, My Legend and My GM return. The latter will allow you to create your fighter or choose from an existing one to create your own story.

Finally, the developer promises that Bad Bunny will be one of the playable characters in WWE 2K23. This is an exclusive pre-sale reward for any edition of the video game.