Job offers in the United States "they got cold" in June 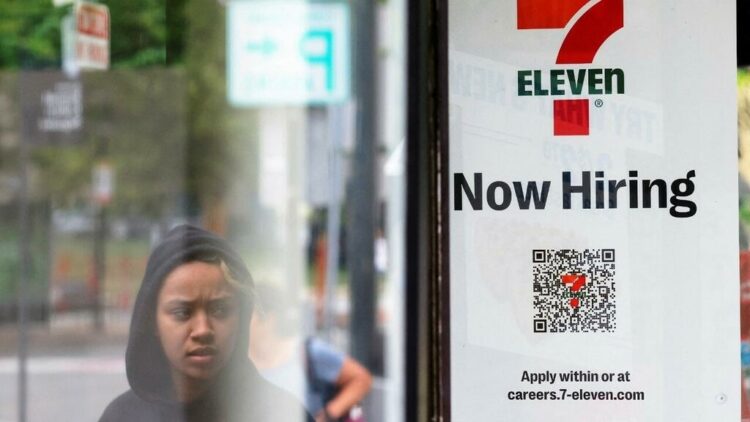 Vacancies in the US fell the most in just over two years in June and the demand for workers was reduced in the retail and wholesale sectors, although in general the labor market remains tight, allowing the Federal Reserve continue their interest rate increases.

Despite the decrease in vacancies announced by the Department of Labor in its ‘Job Openings and Labor Turnover Survey’ report, the labor market in that country remains strong.

In June, at least 4.2 million workers voluntarily left their jobs as layoffs fell. Job offers are one of the indicators that Federal Reserve officials closely monitor and that make us rethink the recession theory that suggests the negative fall for two consecutive quarters.

“The labor market may be cooling, but the drop in temperature is far from a crash,” said Nick Bunker, director of economic research at Indeed Hiring Lab in Washington. “Prospects for economic growth may not be as rosy as they were a few months ago, but there are no signs of imminent danger in the labor market,” he added.

Job openings, a measure of labor demand, fell by 605,000 to 10.7 million in June, the fewest since September 2021, according to the report. The drop is the biggest since April 2020, when the economy was reeling from the first wave of the pandemic.

For their part, employers added an average of 457,000 jobs per month in 2022; while unemployment is near its lowest level in 50 years.

“If the economy is in a recession, it looks like the labor market still hasn’t gotten the memo at the end of June,” said Stephen Stanley, chief economist at Amherst Pierpont Securities. “You could talk about a slight moderation from a state of overheating appalling, but that’s about as far as I’d go in assessing labor market conditions,” he said.

Unemployment is expected to remain at 3.6% for the fifth consecutive month

By this Friday, the Labor Department’s employment report for July is expected to show that employers added another 250,000 jobs last month, which is considered a healthy number in normal times but would be the lowest since December 2020.

According to a survey by the data company FactSet, economists expect unemployment to remain at 3.6% for the fifth month in a row.

Economists polled by Reuters had forecast 11.0 million vacancies. The Federal Reserve is trying to dampen job demand and the broader economy to bring inflation down to its 2% target.

The issuer last week raised its official interest rate by another three-quarters of a percentage point. Since March, that rate has risen by 225 basis points. Stocks on Wall Street were mixed, with the dollar rising against a dozen other currencies as US Treasury bond prices fell.