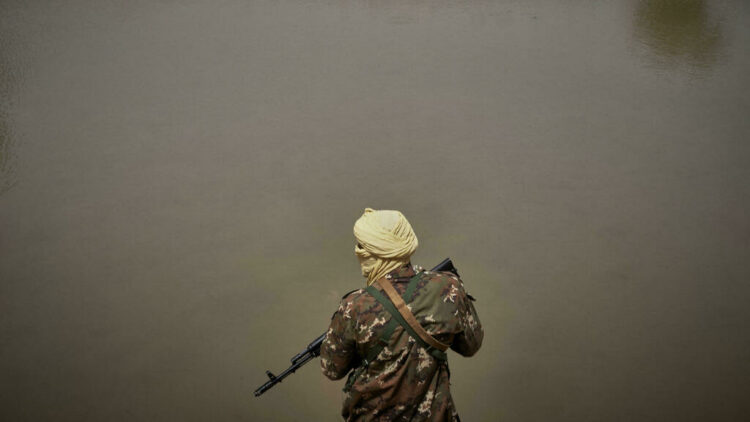 At least 42 Malian soldiers were killed in the country’s northeast on Sunday, according to a new report. This is the deadliest attack attributed to jihadists against Malian forces since 2019.

The death toll on Wednesday, August 10, makes it the deadliest jihadist attack on soldiers in Mali since a series of attacks in late 2019 and early 2020 by the self-styled Islamic State (IS) group. On Sunday, August 7, at least 42 members of the Malian armed forces were killed in the Tessit area, near the border with Burkina Faso and Niger.

The new figure, confirmed by the Malian government, comes from an official document with the list of dead soldiers, authenticated on Wednesday by several senior military officials to the AFP news agency. The previous balance was 17 soldiers and four civilians dead.

Sunday’s attack comes at a time when Mali, which has expelled its French ally and revived cooperation with Moscow, is facing a resurgence in attacks by the al Qaeda-affiliated Islamic Support Group (GSIM). .

Some of the four civilians killed were local officials, relatives of the victims told AFP on condition of anonymity.

The official statement also says that seven “enemies” have been killed in the attack, attackers “probably from the self-styled Islamic State in the Greater Sahara (ISGS) and supported by drones and artillery with the use of explosives and vehicle bombs.”

The Tessit area is the frequent scene of clashes and attacks, located on the Malian side of the so-called “three borders” zone, in a huge rural region not controlled by the State.

Armed groups affiliated with Al Qaeda, led by the GSIM, have been fighting the IS affiliated group EIGS there since 2020.

The jihadists intend to gain control of this strategic area rich in gold.

The Malian army, based in a military camp near the town of Tessit, has frequently come under attack in this region. In March 2021, 33 soldiers from the Tessit relief force were killed in an ambush claimed by ISGI.

This area, sometimes referred to as “Maliense Gourma”, is also home to peacekeepers from the UN mission in Mali.

Civilians, as in the rest of Mali, are caught in the crossfire between the actors in the conflict, often accused of being allied with one when they are not with the other. In February, some 40 civilians were killed by EIGS in Tessit, accused of complicity with Al Qaeda.

Inhabitants of the area, which has been without connection to the telephone network for several years and is even more isolated in the rainy season, have fled by the thousands, mainly to the neighboring large city of Gao, 150 kilometers to the north.

This “three border” area had previously been the scene, in late 2019 and early 2020, of the deadliest series of attacks that the three affected countries have suffered since the outbreak of the conflict in 2012 in northern Mali.

More than a dozen isolated camps where Saharawi soldiers were entrenched had been attacked by EIGS using a modus operandi tested: the blitzkrieg of fighters on motorcycles. Hundreds of soldiers were killed.

These setbacks forced the Malian army, as well as soldiers from Niger and Burkina Faso, to withdraw and regroup in stronger locations.

At the end of July, at least 11 coordinated GSIM-branded attacks hit Malian territory. One of them took place in Kati, at the gates of Bamako and in the heart of the Malian military apparatus.

*With AFP; adapted from its original French version

Carlos Vives gets a big surprise on stage