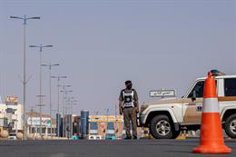 An Emirati court has overturned the three-year prison sentence imposed on Asim Ghafoor, a former lawyer for Saudi journalist Jamal Khashogi, who was brutally murdered by Saudi agents at the Saudi Consulate in Istanbul. Ghafoor will have to pay a fine of 23 million dirhams (about 6.1 million euros).

The Center for Human Rights in the Gulf (GCHR, for its acronym in English) has reported the release of Ghafoor and specifies that the sentence now contemplates a fine of 5 million dirhams and the confiscation of 18 million more of his bank accounts.

Ghafoor, a Virginia resident and US citizen, was arrested on July 14 in the Emirates after traveling to the Arab country to attend a wedding accompanied by his fiancee, Hatice Cengiz. Ghafoor was Jamal Khashogi’s lawyer and a personal friend of his.

The human rights activist was sentenced in a matter of days for two crimes of tax evasion and money laundering to three years in prison and a fine of three million dirhams (more than 800,000 euros).

The geometry that eliminates vibrations in nanostructures