Japanese Prime Minister Fumio Kishida vowed to push for military reinforcements amid tension on the mainland, calling it the “most complex security situation in the region since the end of World War II.” In the past 14 years, Japan has drastically decreased its population and Kishida plans to implement ‘child policies’ to prevent the national strength from collapsing in the next 30 years.

Japan fears running out of labor and troops for its military defense. This Monday, January 23, the Japanese authorities announced their new financial plans to avoid this scenario. Stockpiling weapons and concentrating on birth policies will be their two fronts as they try to maintain their position as the world’s third largest economy.

The Asian country expects to increase its defense budget by almost half to 332,000 million dollars in the coming years, improving its capabilities in cyberspace and weapons intelligence.

In December 2022, the Fumio Kishida government implemented security and defense reforms, but Japan says the current deployment of missile interceptors is insufficient to fend off rapidly advancing weapons in China and North Korea.

The new budget plan could bring more criticism to the Kishida government, since to raise the money it would be necessary, to a certain extent, an increase in taxes. The opposition would turn against him and even some members of his ruling party.

“Although our plan to increase the defense budget marks a paradigm shift in Japan’s national security policy, it will proceed within the scope of Japan’s Constitution and International Law. I make it clear that there will not be even the slightest change in Japan’s non-nuclear and self-defense principles and our steps as a peace-loving country,” the Japanese leader said.

Fewer and fewer Japanese are born

Another concern of the Japanese authorities is the country’s low birth rate. In the last 14 years, Japan has registered a free fall in births and it is expected that by 2060 it will reach 86.7 million people, from the 125.9 million registered in January 2022.

“Due to the country’s rapidly declining birth rate, the number of babies born last year is expected to fall below 800,000. Our nation is on the brink of whether it can maintain its social functions. We cannot waste time on child policies and parenting support. We must establish an economic society that puts children first and change the birth rate,” Kishida explained.

With this, the Japanese prime minister faces the challenge of maintaining enough manpower to sustain his national strength and not lose his economic importance in the world sphere, while European blocks, the United States and even the strongest economies of North America and South America They try to make space at the top of the table. 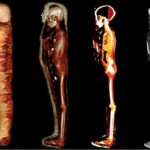 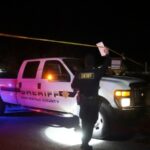