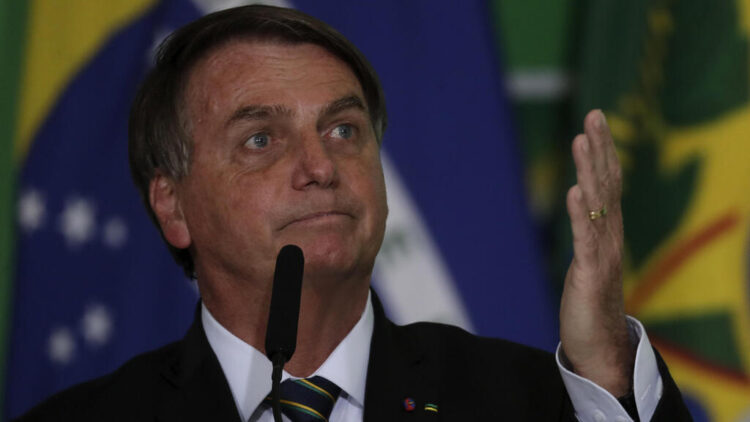 The city of Rio de Janeiro will host this Sunday the official launch of President Jair Bolsonaro as a candidate for a second re-election to continue leading the country. To receive at least 10,000 people, the Maracanazinho stadium has been equipped with giant screens and a series of banners and electoral propaganda.

Taking advantage of the party convention of the Liberal Party (PL), Bolsonaro, the first lady and his vice-presidential candidate, General Walter Souza Braga Netto, will be present on a stage specially built for the occasion. The president-candidate and his wife are expected to be the only speakers with speeches aimed at highlighting his government achievements and countering the offer of his opponent, former president Luiz Inácio Lula da Silva (2003-2010), recalling the cases of corruption of that government.

According to a recent poll by the consulting firm Idea, former president Lula da Silva of the Workers’ Party (PT) continues to lead the polls with 44% of voting intentions, followed by Bolsonaro with 33%. Although the president’s campaign team refers to other polls, where the difference between the two is only seven points, what is concrete is that the fight for the presidential seat will be very close.

As in 2018, Bolsonaro once again makes use of presenting an image of a politician close to the people, without poses of superiority and faithful to his religious convictions. For this, social networks are his best allies, active on Twitter and TikTok, the latter platform to conquer the younger electorate. The campaign team has worked on the slogan “O Capitao do Povo (The People’s Captain)”, used in the call for Sunday along with a photo of the president smiling. Strategies that will be pushed to the maximum to revalue his image, which has been affected by the management of the economy in the face of the inflation crisis that is hitting Brazil.

Bolsonaro’s advisers recommended that he focus on Sunday on an agenda focused on the economy and the government’s efforts to reduce fuel prices and strengthen social aid, and abandon controversies such as the attacks on electronic ballot boxes.

In recent days, the Brazilian president has been directly critical of the electoral justice system, which he accuses of not seeking transparency in the presidential elections, and questioned without evidence the alleged vulnerability of electronic ballot boxes. Statements that suggest that the race for the presidency of Brazil will be convulsed.