a quick look at Soviet arcade machines It allows one to get an idea of ​​what the video game industry was like in Russia in that decade: a world completely closed in on itself, which barely received aesthetic or technological influence from abroad, and which evolved at its own pace and with its own rhythms and obsessions. nationals. For example, they touched on government-sanctioned entertainment: pseudo-military training (from astronautics to armed infantry), national folklore, and the foremost sports power. A bit Western-style, but in a much more sober and martial way.

There was a fleeting and late passage through the Game & Watch clones like those that emerged all over the world and that, under the generic name of Elektronika, they openly plagiarized titles that were successful in other formats but with famous animation characters in Russia. During the 1980s and 1990s, home video games became popular, although there were hardly any machines of their own: hardware such as the Dendy (a Taiwanese clone of the NES), the Kvant-BX (a clone of the Spectrum with alien aesthetics and made in Russia) or the Atari consoles, which did manage to reach the USSR in their original format and many years after taking the US by storm.

In this context, studios and even solitary and independent developers begin to appear, developing games of all kinds: from clones of Western hits to the most intricate, addictive and enigmatic puzzles in the world. It is not surprising that this genre was so popular in the USSR, and that the most famous puzzle in history comes from the country. Their abstract nature allowed them to function without elements of propaganda, and their cerebral talent was perfectly suited to a secondary function: training the future geniuses of mathematics and science who would bring glory to the Soviet motherland in years to come (that is, to their way they were also propaganda games).

To celebrate this fascinating page in video game history, we have played a few of the titles produced in the USSR years ago and we tell you how it is. How do they hold up over time?

We couldn’t start with another, of course. But instead of the hugely popular arcade version or one of the many ports to home systems, like the Game Boy, we’ve delved into the original ‘Tetris’ from 1984. This emulation It replicates the gritty feel (key mashing included) of playing on a DVK-2 computer, where the original version ran. The fact that the experience is as fun and addictive as the most sophisticated of the recent versions of the classic is the perfect testimony of the immortal perfection of the proposal.

Although this original version of ‘Tetris’ lacks details that would later become famous, like that satisfying flickering of the disappearing pieces that reinforces the idea of ​​progress, they are only details. Everything else is here: the cool design of the tetriminos, the ability to strategize with the next one to drop, and plans that are made intuitively as the game progresses, for example to set up a Tremendous Tetris.

The next step could only be ‘Welltris’, Alexei Pajitnov’s 3D version of his hit. Luckily he had already played in this same DOS version back in the day and was well acquainted with its chaotic controls and daring concept. Far from the simple genius of the original game, this sequel still holds up with a highly complex concept and many layers of fun, thanks to the wicked detail of pieces falling through the floor from one side to the other. A touch of evil genius of the many that this hellish sequel treasures. 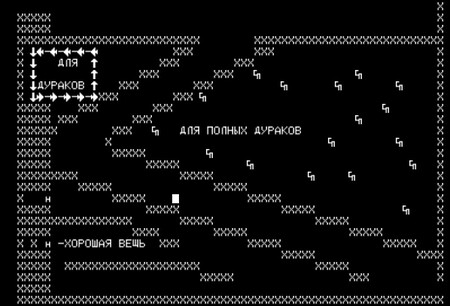 Come on, let’s go with the hard line: Radio-86RK was a home computer that you could assemble in your own home and that appeared in 1986 in the magazine ‘Radio’, aimed at electronics fans. The magazine published a series of articles on electrical circuitry, boards and everything you need to know to create your own computer at home, such as connecting 29 chips and building a keyboard. A real madness whose result you can see here emulated and whose results (at least in the playful part) border on the unplayable. Although there are exceptions like this claustrophobic ‘student‘ which sends you plummeting into the hellhole of abstract graphics and insane speed.

This insanely addictive DOS game (you can play it here) came when the new democrats and the old Soviet bureaucrats were facing each other in the Russian parliament. That situation becomes a rather dark metaphor with a game of a frog having to traverse the screen by jumping from lily pad to lily pad before its floating foothold submerges. In other words, the clearest reference to Russian news is on the presentation screen and in the title. But the simplicity and high speeds that the game reaches make it an infectious and delirious gem.

And to top it all off, a recent cult game that has a particularly disturbing edge for coming from where it comes from, no matter how much it’s from 2016. It’s a “sneak simulator”, as its own developers (Warm Lamp Games studio) put it. defined, in which we give life to an inhabitant of a house full of apartments where we can spy on and denounce our neighbors to get money and move up in the miserable police state in which we live. Moral decisions are entirely at the discretion of the player, so feeling miserable and a bad person is the order of the day.

This is the end of this quick trip through Soviet retro video games, although there is still a lot to dig: from the clones of ‘Doom’ for Spectrum ZX (or its corresponding Soviet replica) to the latest propaganda flirtations of the strategy genre (such as the ‘Men of War’ saga). War’, already in this century). The opacity of information and the limited nature of its media make the medium born in that country a true supplier of surprises. Dare to get caught up in the Perestroika decade. 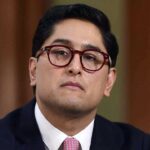