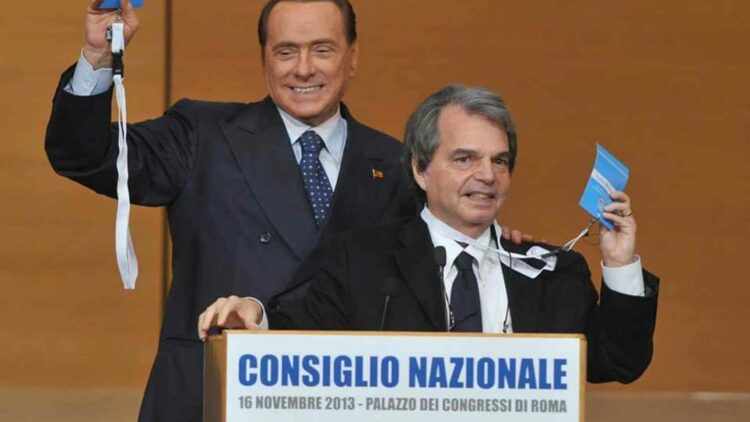 In the midst of the political chaos that Italy is experiencing, there is also room for teasing. Even from some politicians to others.

This is the case of the Italian minister Renato Brunetta who, due to his short stature, has received humorous comments from Marta Fascina, a deputy for Forza Italia. (IF) and girlfriend of the leader of this political formation, Silvio Berlusconi. Renato Brunetta, the Italian Minister of Public administrations in office, who left the conservative party after the fall of Mario Draghi’s government last Thursday, responded today on television to Fascina for having laughed at his height, something that, he said excitedly, “has always hurt him”.

“They say I am a plug or a dwarf and I have suffered and continue to suffer for it”, but “luckily I have broad shoulders because I have been many things, a university professor, a deputy, even a European minister twice”, Brunetta said on the chain public RAI, before adding: “That’s what I’m responsible for, but not my height.” Marta Fascinaafter Brunetta’s announcement of leaving the party -considering that Berslusconi had renounced FI’s principles for electoral purposes-, she had uploaded a publication on social networks with the phrase “Rome does not reward traitors” and a song with a explicit reference “to the dwarfs”.

“That they attack me with this… not for me, but for all those girls and boys who have not been lucky enough to be tall and handsome and who can have an example in me and say, but you see Brunetta, no matter how cumbersome whoever can be a minister. Cap, that term that has always hurt me, “he explained, addressing the deputy. Brunetta, who said he felt “violated” by the attacks at his height from Berlusconi and his entourageexplained that he was leaving the party after “28 years” because not supporting Draghi “was an act of irresponsibility motivated by electoral opportunism” and “was taken behind our backs.”

Other high-ranking FI officials, such as Minister Mariastella Gelmini, of Regional Affairs, have announced their intention to leave the party after accusing Berlusconi of giving in to the far-right’s populism Matteo Salvinileader of the League, to not vote on a confidence motion for the Government that led to Draghi’s resignation and the calling of early elections on September 25. The center-right coalition formed by Berlusconi and Salvini with the leader of the ultras Brothers of Italy, Giorgia Meloni, who is the first force in voting intention, with more than 22%, is the great favorite to win the elections because among the three exceed 45%.

What are the best Resident Evil to date? Metacritic answers it