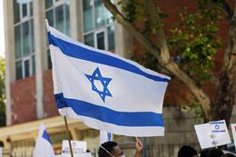 Israeli Prime Minister Yair Lapid warned Russia on Sunday that Moscow’s plans to ban the activities of the Jewish Agency in the Russian Federation will have a “serious” impact on bilateral relations.

“Relations with Russia are important for Israel. But the Jewish community in Russia is large, it is important and it comes to the fore in every diplomatic discussion we have with the Moscow government,” explained Lapid, for whom the closure of the offices is ” a serious event that would affect our relations,” he added.

These comments take place after the Russian Ministry of Justice denounced that the Jewish Agency, responsible among other activities for promoting emigration to Israel, would be illegally collecting information on Russian citizens.

Israel, however, believes that these steps are not due to legal problems, but rather are a form of retaliation by Moscow against Jerusalem for its support of Ukraine, according to sources in the ‘Times of Israel’.

The Israeli president has assured that a delegation of experts is ready to leave for Moscow at the moment that the Russian authorities give their approval to deal with this matter.

The group will travel with the order to exhaust all diplomatic channels, to the highest level if necessary so that the Jewish Agency can continue working with Russian Jews.