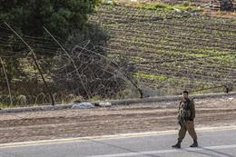 Israeli authorities have extended restrictions on movement in areas near the Gaza Strip on Wednesday due to the possibility of attacks by Islamic Jihad after the arrest of a senior member of the group in a raid carried out late on Monday. .

Israel imposed these restrictions early on Tuesday and, although the authorities indicated that they could be lifted later that day, they have finally been extended, according to the regional councils of Sdot Negev and Eshkol.

Thus, they have highlighted in a message sent to residents that the road closures will remain in place at least during the day this Wednesday, according to a risk assessment by the Army, as reported by the newspaper ‘The Times of Israel’.

According to information published by the Channel 12 television network, the Government of Israel would have sent a message through Egypt to Islamic Jihad and the Islamic Resistance Movement (Hamas) to convey that it does not seek confrontation but that it will respond harshly to any attack Although there is no official confirmation.

On the other hand, the Israeli Army has confirmed the arrest of twelve people in a series of anti-terrorist operations carried out during the early hours of Wednesday in the West Bank.

“A total of twelve terrorist suspects have been arrested, while an explosive device, a Carlo submachine gun and a pistol have been seized. We will continue to protect Israel’s civilians,” he stressed through a message on his official account on the Twitter social network.

Monday’s raid on a refugee camp in Jenin resulted in the death of a Palestinian teenager and the arrest of Basam Saadi, a senior Islamic Jihad official, and his son-in-law Ashraf al Jada.

Saadi, 61, has been jailed and released a total of seven times by Israeli security forces. The Shin Bet had pointed out in recent months that the man “is working hard to restore Islamic Jihad activities” and that “he is behind the creation of a significant military force” by the group in the West Bank, especially in Jenin.

Remedy Entertainment works on 5 games; 1 will arrive later than expected