Is the Iberian Peninsula advancing towards its desertification due to human beings? 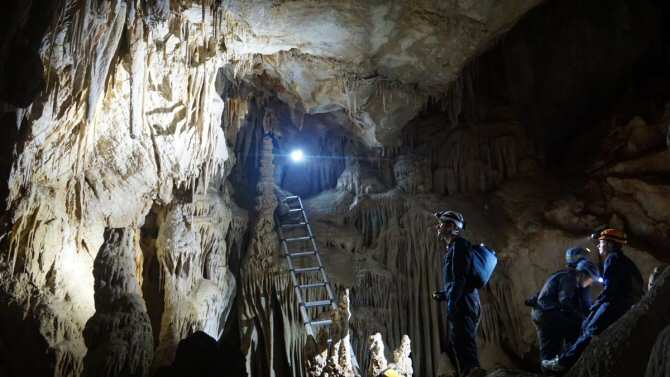 In Europe, areas such as the Iberian Peninsula have been suffering in recent years a decrease in the total amount of water received in rainfall. There is less precipitation and when it does occur it is more likely than in the past to be in the form of heavy and damaging precipitation. Recent research has explored the phenomenon in detail in the context of global climate change.

The predicted changes in winter rainfall make agriculture in the Iberian region one of the most threatened in Europe, according to this new study that relates such changes to the increase in the amount of anthropogenic greenhouse gas.

The research has been carried out by the team of Caroline Ummenhofer, from the Woods Hole Oceanographic Institution (WHOI) in the United States.

These changes in precipitation are linked to a system of subtropical high pressures known as the Azores anticyclone, which, according to the study, tends to be significantly higher in the industrial era (since 1850) than in the pre-industrial era. Cases of extremely large Azores anticyclone, spreading over the eastern subtropical North Atlantic and Europe during the winter, give rise to anomalous dry conditions throughout the western Mediterranean territory, including the Iberian Peninsula.

The Azores anticyclone has changed dramatically in the last century, and these changes in the North Atlantic climate are unprecedented in the last millennium, according to the study authors. These have concluded that the expansion of the Azores anticyclone in the industrial age in a hot climate is the result of the anthropogenic increase in greenhouse gas concentrations in the atmosphere.

“What we are seeing here with the expansion of the Azores anticyclone is bad news for winter precipitation in the Iberian Peninsula,” warns Ummenhofer. Everything indicates that there will be severe repercussions for agriculture and other sectors highly dependent on water resources.

In addition to working with the climate model, the study authors also relied on observations from the hydroclimate-revealing carbon isotope record of stalagmites in the Buraca Gloriosa cavern in Portugal.

A part of the research was carried out in the Buraca Gloriosa cave in Portugal. (Photo: Diana Thatcher / © Iowa State University)

The model indicates that instances of expansion of the Azores anticyclone over extremely large areas occurred on average during 15 winters in the 20th century, compared to approximately 10 winters in all other 100-year periods of the previous millennium.

“For the 20th century, this reflects a 50% increase in the frequency of extremely large Azores anticyclone winters that are associated with dry conditions on the Iberian Peninsula, a rate of occurrence that has not been seen at any time during the previous thousand years,” emphasizes Ummenhofer.