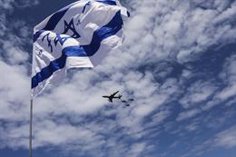 The engineer was specialized in missile design, according to the group, which assures that the Iranian authorities did not want his death to spread to the point that Mutlak’s own family has been threatened.

Despite not confirming the information, a spokesman for the Iranian Ministry of Foreign Affairs, Nasser Kanaani, published on social networks on Saturday night that “the cowardly murder of the heroes of our scientific advances does not help terrorists achieve their goals” .

This Saturday the Iranian authorities have reported the dismantling of a Mossad espionage team, the Israeli secret services, which had infiltrated the country to carry out attacks.