An Iranian lawmaker has revealed that the country will receive several Russian Su-35 fighter-bombers in the spring, as well as missile defenses and helicopters.

Deputy Shahriar Heidari, a member of the National Security and Foreign Policy commission, explained in statements to the semi-official Iranian news agency Tasnim that the delivery will be at the beginning of the next Persian year, 1402, which begins on March 21.

The Iranian press had previously reported the upcoming delivery of 24 fourth-generation twin-turbine fighters that will be destined for Isfahan 8 Air Base in the center of the country.

These would be the first fighters purchased by Iran since the acquisition in the 1990s of Russian MiG-29 Fulcrum fighters and are part of the military cooperation agreements recently signed by Moscow and Tehran.

In recent months, controversy has erupted over Ukraine’s complaint about the use of Iranian-made drones by Russian forces that launched an invasion of the east of the country on February 24, 2022. Iran denies that it sold drones to Russia since the beginning of the war. 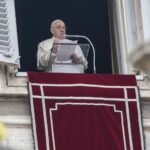 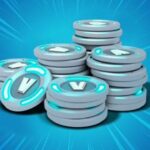