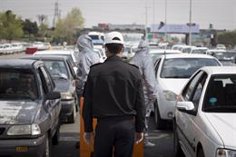 The official Iranian news outlet Nour News reported this Sunday that the cell of Israel’s foreign intelligence services (Mossad) dismantled by Iranian security forces was planning an attack against a “strategic center” in the province of Isfahan.

Although the media outlet, considered the spokesperson for the country’s Supreme National Security Council, does not give details about that place, the central province is home to several missile arsenals and uranium enrichment plants from the Iranian nuclear program, and has been the target of attacks. at other times.

The media sources assure that the cell had come to place explosives in this unidentified place and that its detonation “was a matter of hours” before the operation to arrest its members began.

According to the official Iranian news agency, IRNA, on Saturday, the agents were sent to Iran to “perpetrate terrorist attacks”, but “all of them were identified and arrested before they could carry out acts of sabotage”.

The prisoners were in contact with the Mossad through one of Iran’s neighboring countries and entered the country through the Kurdistan region and had modern telecommunications and operational equipment, as well as powerful explosives.

“The operational elements of this network were trained in an African country for months for this operation, which they previously simulated on several occasions,” adds the Nour News note.