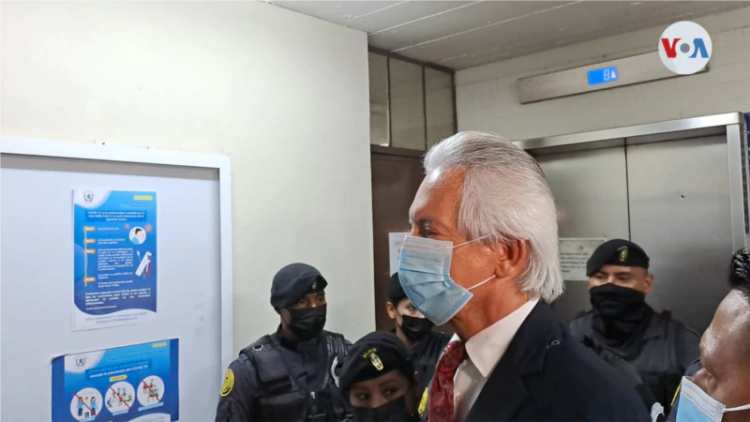 Organizations that support the work of the press have expressed their condemnation of the trial faced by journalist José Rubén Zamora, captured on Friday, August 5, accused of money laundering, among other crimes.

The international center for journalists demanded that Zamora be released, since it assures that he is one of the most prestigious journalists in Guatemala and Latin America, due to the investigative work he has done through his written medium ElPeriódico.

“In the case of Guatemala, we must understand that it is a country where the judicial system is not independent, there are more than 20 judges and prosecutors who have had to leave the country and have been fired for investigating corruption,” said Luis Botello, entity representative.

“When you have that context, there is no doubt that this is part of a mechanism to try to silence those who are critical of the current administration,” he added.

While, The National Press Clubb, through a statement supported the journalist and held the Guatemalan government responsible for his health. “If Zamora’s health deteriorates and his life is in danger, the blame and international censure that will fall on the Giammattei government will surely be severe and immense,” he relates verbatim.

Furthermore, the organization Human Rights Watch qualifies this process as the “most serious and notorious against a journalist in recent years in Guatemala.”

Juan Pappier told the voice of america that these actions against the director of ElPeriódico are likely to send a message of fear to other journalists who expose corruption and abuse of power. He asked the international community to redouble the scrutiny in Guatemala to prevent actors who want to favor corruption from co-opting democratic institutions and putting the fundamental rights of Guatemalans at risk.

The Public Ministry has insisted that the process that Zamora faces is not related to his work as a journalist, but is the result of an investigation originating from a complaint filed by Ronald García Navarijo, “aimed at clarifying the possible illegal acts reported.”

After two long days in the Seventh Multipersonal Criminal Court of First Instance at the headquarters of the Guatemalan Judicial Organism, the journalist José Rubén Zamora was linked to the process and sent to preventive detention, linked to three crimes: money laundering, influence peddling and blackmail.

The determination was made by Judge Freddy Orellana, who heard the arguments presented by the Public Ministry and the defense. Along with Zamora, the assistant prosecutor Samari Gómez, who was also arrested on Friday, August 5, was linked to the process.

Now the Public Ministry has three months to carry out the investigations and substantiate the crimes attributed to Zamora and Gómez, who will remain deprived of liberty in the Mariscal Zavala prison, in the Guatemalan capital. The intermediate stage hearing was scheduled for December 8, in which it will be decided whether both defendants are sent to trial.