The Indonesian Foreign Ministry confirmed on Tuesday that it had summoned the Swedish ambassador to Jakarta, Marina Berg, to protest the burning of the Koran during a demonstration last weekend in the Swedish capital, Stockholm.

As reported by the Indonesian Foreign Affairs spokesman, Teuku Faizasyah, there is still no time for the appointment, although the authorities of the Asian country are striving to make it happen “as soon as possible”, reports the newspaper ‘Republika’.

Previously, the Foreign Ministry itself had launched a publication on its official Twitter social network channel in which they condemned in the strongest terms the burning of the holy book of Islam during a demonstration in Stockholm.

“Freedom of expression must be exercised responsibly,” the Indonesian diplomatic portfolio said at the time, acknowledging that the gesture of hatred seen on the streets of the Swedish capital represented an attack on religious sentiments.

The tense situation may escalate to such a point that the Commission of the Indonesian House of Representatives has reported that it is trying to raise the issue at a bilateral or multilateral level, reports the Antara agency.

According to legislator Dave Akbarshah Fikarno – one of the main promoters of this maneuver – the Swedish authorities should not hide behind the author’s freedom of expression to downplay the issue.

Last Saturday, a Danish far-right – leader of an Islamophobic formation and against migration – burned a copy of the Koran during a protest in front of the Turkish Embassy in Stockholm.

In recent weeks there have been demonstrations in Stockholm in support of the Kurdistan Workers’ Party (PKK), considered a terrorist in Turkey, and against President Recep Tayyip Erdogan himself — a man has even been hung upside down doll with his effigy–.

From Ankara, all these demonstrations have been denounced and, after the burning of a copy of the Koran, the negotiations for Turkey to give the go-ahead to Sweden’s accession to the Atlantic Alliance have been suspended “indefinitely”. 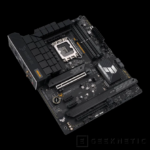