By opening the parliamentary session, the Japanese prime minister put the issue at the center of government action in 2023. Last year, births in Tokyo fell below 800,000. The Agency for Children and the Family will debut in April. Financial support is provided for families with children, the strengthening of childcare services and more favorable hours for working parents.

Tokyo () – At the new session of the Japanese parliament, which began today, Prime Minister Kishida delivered a keynote address outlining the government’s priorities for the new year. The undisputed protagonist of his speech was the demographic decline that has plagued the country for decades and which, in Kishida’s words, is pushing Japan “to the brink of not being able to continue fulfilling its social functions.” raise the birth rate It will therefore be at the center of government action during 2023.

The birth crisis is a well-known phenomenon in Japan, stemming from an outdated socio-economic model. However, the seriousness of the situation worsened over the years and the fall in the birth rate last year was an alarm signal: for the first time, the number of newborns fell below the psychological barrier of the 800,000 units. This is a threshold that according to estimates should not have been crossed before 2030, which means that the country is aging much faster than imagined.

In addition, last December a committee of experts created by the government had published a very worrying reportin which it is noted that the issue of birth concerns “the very survival of the nation.”

Therefore, Kishida, speaking before parliament, urged lawmakers to make a greater effort, even using strong expressions. Like the one according to which policies to facilitate the upbringing of children are “the most efficient investment for the future.” To reverse the falling birth rate, Kishida vowed to “create an economy and society where children come first.”

After establishing the long-awaited Child and Family Agency in April, the government aims to double child support spending by 2023. Therefore, a few weeks ago, Kishida appointed Masanobu Ogura as the minister responsible for implementing these policies. so that you begin to study an action plan. The working group that should formulate the new proposals met for the first time this Thursday, and at its inauguration Ogura recalled that these are a top priority for Kishida.

At the start of the year conference, the Japanese Prime Minister announced three areas on which interventions will focus. The first refers to direct economic support for families with dependent children; the second, to strengthen childcare services; Finally, the third refers to the reform of work habits to allow working parents to have a better balance between personal and professional life.

The proposals to be drawn up by the working group must be submitted before March so that they can be included in the economic and fiscal policy document that is published every year in June. However, it is not yet clear how the government plans finance the increase in this item of public spendingwhich according to calculations will reach 75 billion dollars. 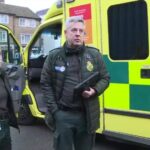