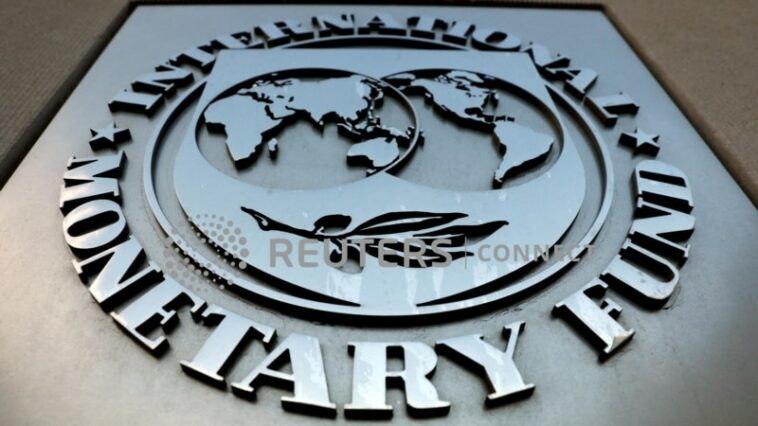 El Salvador made a bond payment of just over $600 million this week, but lingering concerns about its funding sources and fiscal policy will be in the spotlight as the country prepares for an annual visit by a team of the International Monetary Fund.

Investors are keeping an eye on any sign of a rapprochement between President Nayib Bukele and the international lender during his visit to San Salvador beginning January 30.

The visit, called “Article IV”, will evaluate the evolution and the economic and financial policies of the country, and has been very critical in the past. El Salvador’s decision to make bitcoin legal tender in September 2021 effectively closed the doors to IMF financing.

The dispute with the Fund was part of the reason the Central American nation’s bond prices fell then and were depressed until recently, to the point that this week’s payment was called into question.

The presidential press office told Reuters late on Monday that the payment amounted to more than $625 million, including interest.

Following the payment, investor attention turns to tighter fiscal discipline as the Bukele government enters a re-election campaign for the February 2024 elections, as well as other sources of short-term financing.

“The IMF’s announcement of an Article IV visit to El Salvador is positive in that it shows that both sides remain committed,” said Todd Martinez, head of Latin America sovereign credit analysis and ratings for Fitch.

“But it’s very hard to say if it signals any progress on the key sticking points for a potential program: bitcoin, governance issues and fiscal adjustment,” he added.

Fitch cut its long-term rating on the Latin American nation to “CC” in September, meaning a default of some sort “seems likely.”

El Salvador has been in the focus of investors since 2021, when the government and its majority in Congress fired the magistrates of the Constitutional Chamber of the Supreme Court, as well as the then attorney general, a move criticized by Washington.

The country’s bonds maturing between 2029 and 2052 fell in price on Tuesday, trading between 47.5 and 54 cents on the dollar. At current market prices, Salvadoran bonds yield between 17% and 23%, leaving the Central American nation out of debt markets.

“El Salvador’s financial position remains fragile, as evidenced by our estimate that financing needs and sources for the year imply a gap of about $600 million,” Steven Palacio, an economist at JPMorgan, said in a note to customers.

Palacio asserted, however, that his assumptions are “modest, in terms of multilateral financing,” and that more cash could flow from regional lenders such as the Central American Bank for Economic Integration (CABEI), which committed $350 million to El Salvador. Recently.

For some investors, double-digit returns are hard to ignore.

“We continue to believe that El Salvador’s fundamentals are much better than current bond prices reflect,” said Aaron Stern, managing partner and chief investment officer at Converium Capital in Montreal.

“The country has a small and manageable deficit with a good record of fiscal controls, the economy is growing at a healthy rate, has access to financing from regional multilaterals and has no external bond maturities until January 2025,” he added. , stressing that current yields “should attract considerable attention.”