The non-governmental organization Human Rights Watch (HRW) on Wednesday called on Eswatini for an independent and impartial investigation into the murder of prominent activist and lawyer Thilani Maseko, who was shot at his home over the weekend.

“The brutal murder of Maseko is the latest in a series of chilling attacks on pro-democracy activists in Eswatini,” said Ashwanee Budoo-Scholtz, HRW’s deputy director for Africa.

“It is essential to quickly carry out an independent, exhaustive and effective investigation capable of identifying those responsible,” he said.

HRW has recalled that hours before his assassination, King Mswati III warned in a public speech those who demand democratic reforms that mercenaries would act against them, which has caused an increase in fear among the population.

“The last absolute monarch has to listen and respond to the aspirations of the people of Eswatini and their demands to exercise their democratic and political rights,” Budoo-Scholtz stressed.

“Authorities must immediately initiate an inclusive and multi-stakeholder dialogue that includes the promotion and protection of Human Rights, as well as the rule of law and democracy, so that more activists do not face harassment or are killed.” , has riveted.

The Government of Eswatini denounced that Maseko “was brutally shot and killed by unknown criminals” and warned against “speculation and insinuations fueled particularly on social networks” against the authorities. “The Government distances itself from these atrocious acts,” he stressed.

Maseko was president of the Multi-Stakeholder Forum, an association that brought together various civil society organizations, companies, unions, political parties, religious groups and women’s organizations that advocate for a peaceful transition and multiparty democracy in the African country. The lawyer was now the legal representative of two parliamentarians who are being tried in relation to his role in the 2021 pro-democracy mobilizations.

Eswatini, a country of about 1.3 million people known as Swaziland until 2018, has been ruled as an absolute monarchy by Mswati III since 1986. The monarch controls parliament and appoints ministers, drawing criticism for his monopoly of power. 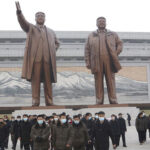 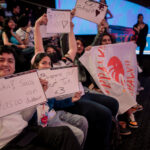