Fans of horror games must be very happy, because in a few hours they will be back exploring a renewed Ishimura in the remake of dead space, if they are not already doing it. While EA Motive stayed true to the original game, it packed a handful of additions that weren’t in the original game or subsequent installments, like the secret alternate ending that’s making a lot of noise. Well, EA Motive has just revealed how to unlock this and other news.

We had already told you that the game’s trophy list revealed the inclusion of a new and mysterious ending. Well, now we know that it’s not just about this sequence, but that there will be another new element that will appear in the game that the people in charge of the project have just confirmed.

How to unlock the alternate ending and other additions of the remake of dead space?

Through its Twitter account, EA Motive revealed that apart from the alternate ending, the remake of dead space It will include an additional level of improvement for Isaac Clarke’s suit, which will reach level 6 and will be extremely useful in combating Necromorphs. The addition that fans were most excited about is the “new ghost variant of Necromorphs”.

Those in charge did not delve into these novelties, but they anticipated that they could be achieved if the player finished the game for the first time and started a new game not from 0, but a New Game+.

By doing so, the player will not only keep the improvements from his original adventure and, as in the 2008 game, will be able to have access to the level 6 advanced suit. But apparently this time the new game will be complicated, since that new variant will appear of Necromorph of which we do not know many details, but apparently it will contribute to the psychosis that EA Motive wants to offer in the remake. The alternate ending should be unlocked upon completing this new game, so fans will have to beat this challenge to find out.

In case you missed it: the remake of dead space it will modify a frustrating feature of the original title.

And it is! #DeadSpace will have New Game+ at launch that includes:

What do you think of the additions EA Motive are making to the original game? Tell us in the comments.

The remake of dead space is in development for PlayStation 5, Xbox Series X|S and PC and will debut on January 27, 2023. You can find more news related to this series by visiting this page. 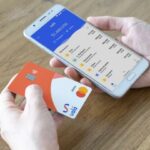