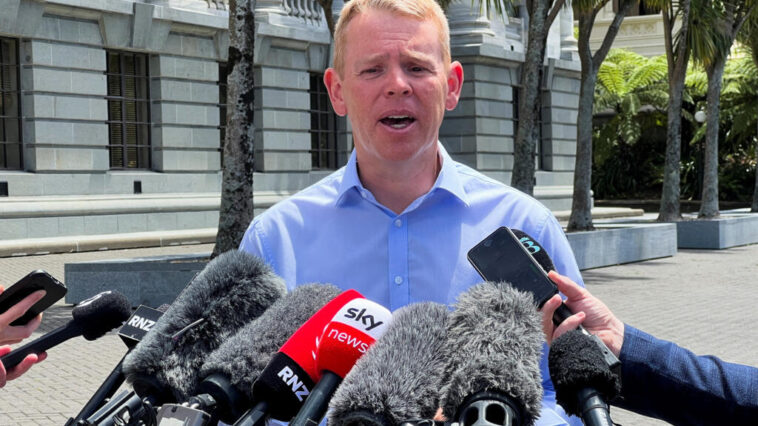 The Labor party appointed Chris Hipkins as the next Prime Minister on Sunday to replace Jacinda Ardern who surprisingly resigned from her position last Thursday after declaring that she “had no more energy”. Hipkins, considered an open politician, will have to convince the electorate of his qualities, his party appears behind the polls for the general elections next October.

Labor Party members took less time than the polls predicted to elect Chris Hipkins to replace Prime Minister Jacinda Ardern, who surprisingly resigned last Thursday, but not before declaring “I don’t have the energy to continue”. Hipkins was running for office alongside Justice Minister Kiri Allan, of Maori origin, and Migration Minister Michael Wood. The leadership of the Labor Party will meet on Sunday at the beginning of the afternoon to formalize the appointment of Hipkins as the new leader of that formation and consequently the new Prime Minister.

Chris Hipkins has traveled the paths of power in different ways. He was an adviser to several ministers before becoming a deputy in 2008. He held the positions of Minister of Education and Minister of Health, and since June 2022 that of Minister of the Interior.

His performance as responsible for dealing with the Covid-19 pandemic earned him a reputation as “tough and competent.” To face the pandemic, New Zealand was closed from 2020 until last August. That decision paid off. New Zealand was one of the countries with the fewest deaths in the world; However, Hipkins acknowledged last year that the restrictions imposed on the population were “difficult.”

The new head of government will have to face several size challenges. His predecessor captivated the population and also the world’s diplomats. During his government, Ardern was confronted with the pandemic, a volcanic eruption, and a bloody attack committed in the country by a white supremacist that cost the lives of 51 Muslim faithful. His image as a political leader will be hard to replace. The population is now very critical of the high prices, the increase in poverty and crime.

Chris Hipkins will have to lead the Labor Party in its confrontation with the right-wing ACT party, as well as the National Party, the country’s first opposition force