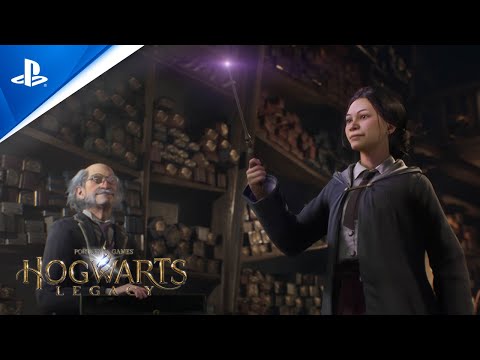 In September 2020, the official PlayStation YouTube account shared the first images of Harry Potter: Hogwarts Legacy and quickly became one of the most anticipated console titles.

It is an open world game where you will take your first steps as a magician in the magical universe of JK Rowling’s books. You will go through the sorting hat, attend classes and face different threats from the magical world in this video game.

“Live a new story set in #Hogwarts in the 19th century. Your character is a student who holds the key to an ancient secret that threatens to tear the wizarding world apart. He has allies, he fights against dark wizards and decides the fate of the wizarding world.”, details the description of the title.

Unfortunately, the developer company Avalanche has been forced to postpone the launch on all platforms, PS4, PS5, Xbox One, Xbox Series X and PC. Initially, it was planned to arrive for “winter 2022” of the northern hemisphere, in other words at the end of the year.

However, recently, through an official statement, they announced that it was delayed until September 10, 2023. Regarding the Nitnendo Switch version, the date has not yet been confirmed.

“Hogwarts Legacy will arrive on February 10, 2023 on PlayStation, Xbox and PC. The release date for Nintendo Switch will be announced very soon. The team can’t wait for you to try the game, but they need a little more time to give you the best possible experience.”.

Hogwarts Legacy will arrive on February 10, 2023 on PlayStation, Xbox and PC. The release date for Nintendo Switch will be announced very soon. The team is looking forward to giving the game a try, but needs a little more time to give you the best possible experience. pic.twitter.com/WsV0jCeKAD