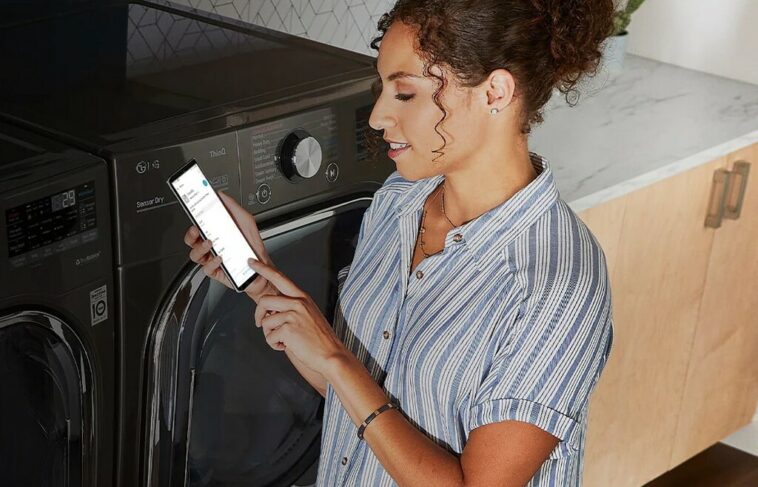 Washing machines have more and more functions. From the mobile we can control the washing and even update it, but in this process of modernizing our house, the approval of consumers has not always been received. Manufacturers like LG offer increasingly smart washing machines, fridges and connected home devices, but these additions are rarely taken advantage of.

And the data is worrying. According to Henry Kim, director of ThinQ in the United States, less than 50% of smart home appliances they stay connected to the internet. It is a fact that they have very much in mind and are working to improve, but it shows that their technological advantages are not being used.

It is not the only company to point out this problem. Whirlpool also reports that there are many household appliances that are disconnected, although in this case it does point to just over half.

For years, home automation has been a way to improve the income of household appliances. In addition to increasing the cost of new washing machines and refrigerators, being connected to the Internet helps manufacturers to offer subscriptions and flat rates associated with tasks such as doing laundry or shopping at the supermarket.

Another thing that connected washing machines offer manufacturers is usage data. Knowing how many times they are used per day, schedules and programs used are useful for brands to know which features are most popular. But the fact of not connecting the washing machine to the internet causes brands do not have access to these statistics. Again a clash between the needs of consumers and the intentions of the manufacturer.

{“videoId”:”x80um4t”,”autoplay”:false,”title”:”The MOST CRAZY and EXPENSIVE refrigerators and washing machines at IFA 2019″,”tag”:”washing machine”}

“The consumer does not see the true value that manufacturers see in how this data can help in the long term. That is why they do not spend time connecting them,” explains the person in charge of LG ThinQ.

Not all household appliances sold today are connected, but a point has come to which, except for the most basic range, the rest offer compatibility with mobile phones. We talk about almost 90% of the recent catalog.

The challenge for manufacturers of washing machines and household appliances is to convince users of the advantages of connecting their product. Right now many are looking for a new product, but they are not taking full advantage of their possibilities. Either because they are unknown or because they are not attractive enough. Whatever the case, appliance brands have work ahead of them.

In Xataka | We are experts in technology, but the time comes to buy a washing machine and we suffer

Half of smart home appliances don’t connect to the internet: so it’s hard to justify their high prices

was originally posted on