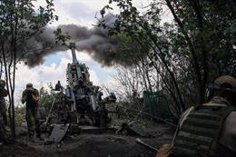 The Secretary General of the United Nations, António Guterres, has warned this Monday that an attack on the nuclear power plant in the Ukrainian city of Zaporizhia would be something “suicidal”, for which he has urged the parties to cease the attacks.

Asked about the actions that the UN and the International Atomic Energy Agency (IAEA) could take in relation to the possibility of the Zaporizhia nuclear power plant being attacked, Guterres warned of the danger that it would entail, and asked that they stop “exercising their competencies” to the IAEA.

“Any attack on a nuclear plant is suicidal and I hope that these attacks end and, at the same time, I hope that the IAEA can have access to the plant and exercise its mandated powers,” the UN secretary-general said, according to a statement. released by his office.

Likewise, Guterres has indicated that he “fully” supports the IAEA “in all its efforts” in relation to the creation of the stabilization conditions for that plant.

In recent days, Russia and Ukraine have once again accused each other of attacks on the Zaporizhia nuclear plant and despite warnings from the UN nuclear agency, which has warned them that they are “playing with fire” and that the risk of a nuclear disaster “is very serious.”

Russian annexation referendums: “victory” for Moscow, “farce” for the West