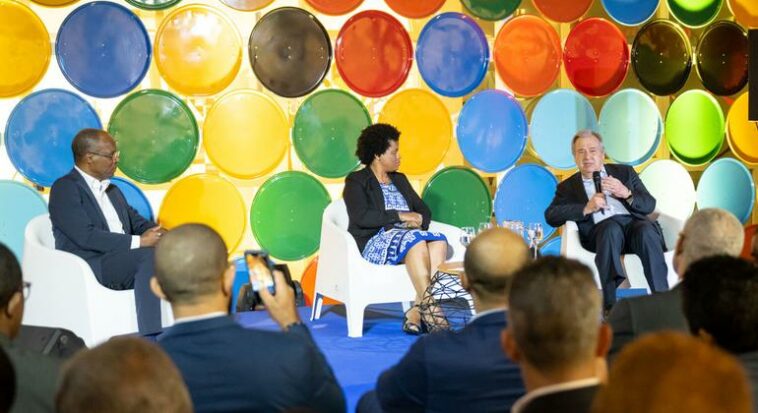 The General secretary of the UN, António Guterres, arrived in Cape Verde on Saturday to see some of the responses and innovative solutions under way in this archipelago of 10 islands in the middle of the Atlantic.

The answer dates back to 2015, when the national government detailed a strategic plan for how the blue economy would be a central part of the island nation’s future, as well as a series of investments that have been made since then.

But this afternoon, looking at the 11 boats participating in the Ocean Race docked in the port of Mindelo, with their 10-story-high masts soaring in the sky over the island of São Vicente, Guterres witnessed one of the most visible fruits of this bet.

Earlier, the Secretary General described the blue economy as “Fundamental opportunity to promote sustainable development in the archipelago“and said the UN looks forward to working with his government and people to “turn this ambition into reality.”

The Prime Minister of Cape Verde, José Ulisses Correia e Silva, stated that his country wants to be “better known and have more relevance” on the international scene, and the Ocean is the sector in which they want their voice to be heard.

“It makes sense to position ourselves in this specific area and do it with relevance. It makes sense that this message would come from here,” he said.

For the past five years, as part of this effort, the country has celebrated an “Ocean Week” each year and, next Monday, Cape Verde partners with the Ocean Race to hold a summit that will feature speakers from around the world. including the Secretary General.

Cape Verde’s commitment may not be enough. As Guterres warned, the country is “on the front line of an existential crisis”: climate change.

“The rise in sea level and the loss of biodiversity and ecosystems pose existential threats to the archipelago,” he explained. “I am deeply frustrated that world leaders are not giving this life-or-death emergency the necessary action and investment.“.

Some of these consequences are already being felt in the port that hosts the regatta, one of the best on the entire West African coast, which is why it attracted merchants and pirates centuries ago and now hosts the biggest sailing challenge around the world. .

In recent years, Cape Verdean fishermen have noticed a decline in the catch of black mackerel, one of the most popular fish among the locals. In 2022, the canning industry reported a reduction in the tuna catch and an absence of black mackerel, the industry’s raw material.

According to preliminary results of a UN-led assessment due to be presented and discussed with key national stakeholders early this year, it is projected that by 2100 the biomass of large pelagic fish – those living in the pelagic zone of deep oceanic or lacustrine, without being near the bottom or the coast-, such as albacore, a kind of tuna, decrease up to 45%. In the neighboring Senegalo-Mauritanian basin, the reduction will be even greater.

Changes like this can have a profound impact on the economy of the islands. In 2018, the fishing sector employed 6,283 people and was a touchstone in the diet of the 588,000 inhabitants. These products also accounted for almost 80% of the country’s exports.

“Climate change is an obvious threat to the future of fisheries, but also to all biodiversity“, said the Secretary General later in the evening, when participating in the Speakers’ Cycle promoted by the Prime Minister, at the National Center of Art, Crafts and Design of Cape Verde.

“The fact is that there is a very clear connection between the fishing industry and climate protection. Experience has shown that when a certain region is protected, there is a multiplier effect in other areas, and everyone benefits,” Guterres added.

The two men sat in front of an extension of the National Center, whose façade is covered in circular shapes of oil barrel lids painted in primary colors.

The installation is a statement about the country’s commitment to sustainability, but also a nod to its large diaspora of more than one million people; these barrels are often used by immigrants to send gifts to their families.

“Climate challenges are getting stronger and more frequent, but we have always faced difficulties and we have always found ways to overcome them,” said the Prime Minister.

According to Correia e Silva, the loss of species may affect Cape Verde in another way.

The archipelago is considered one of the top 10 marine biodiversity hotspots in the world and, for decades, the 24 species of whales and dolphins recorded in these waters – almost 30% of all cetacean species – have attracted many of the visitors who make tourism a bulwark of the country’s economy.

In 2022 alone, after a couple of years dominated by the Covid-19 pandemic, the islands received close to 700,000 tourists, raising the sector’s contribution to close to 25 percent of its GDP.

Cape Verde has started to fight against these changes.

The Secretary-General said the country “has shown climate leadership in words and deeds” and highlighted “efforts to turn debt into climate projects, including in the blue economy.”

Up to 20% of Cape Verde’s energy production now comes from renewable sources -one of the highest in sub-Saharan Africa- and the goal is to increase the use of renewable energy to 50% by 2030.

The prime minister said that his country needs to “reconcile the needs of the economy, the environment, the communities” because he needs “these resources to produce wealth for the country.”

Correia e Silva shared an example of how to do it. In the community of São Pedro, on the island of São Vicente, in recent years a part of the population has switched from fishing to providing a service where tourists can safely swim with turtles.

He then highlighted a series of initiatives to fight plastic pollution and promote the circular economy. He also recalled how the country approved a “demanding” new law regulating fishing and is working to expand the protected area from 6% to 30%.

“We do want to go further, but we need resources for it“, said.

“We need justice for those who – like Cape Verde – did little to cause this crisis, but who are paying a high price,” agreed the Secretary General.

As the conversation drew to a close, a few blocks away at the harbor, the Ocean Race crews were taking a break. In a few days, they begin the second leg of the competition, which will take them out of Cape Verde, across the Equator, down the coast of South America and into Cape Town, in the southern tip of South Africa. 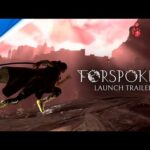