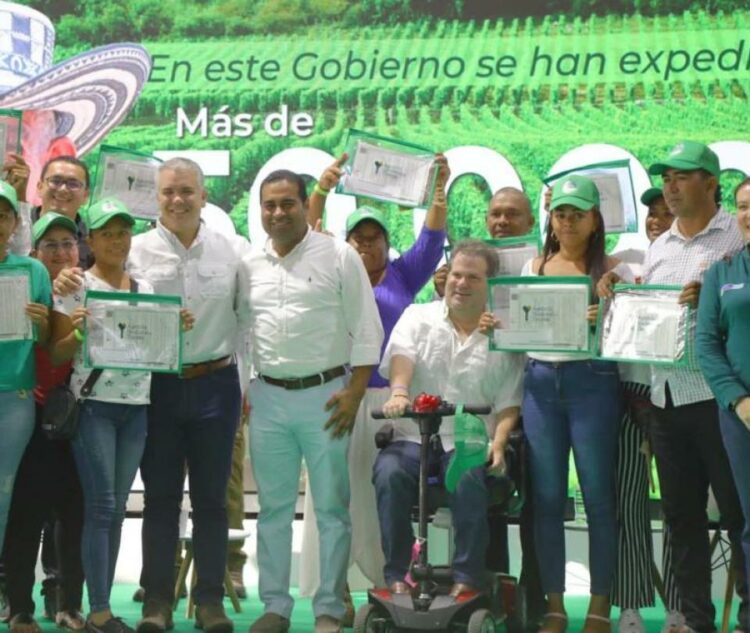 The President of the Republic, Iván Duque Márquez, and the Director General of the National Land Agency, Myriam Martínez Cárdenas, held the delivery of 1,300 titles for the benefit of the peasants of Maganguéwho now become holders of their land.

(‘There will be a boom in land titles for peasants’).

With this delivery, President Duque confirms that his Government exceeded the goals set for land access and formalization programs.

The President highlighted the commitment of more than 300 municipalities that, like Magangué, They have bet on the titling process so that every day more families are legally in possession of their properties.

The Director of the National Land Agency, Myriam Martínez stressed that “This event is the result of the application of the multipurpose cadastre for the social ordering of property in Magangué, where under the tailored sweep strategy, the specific intervention of this populated center was achieved to define which rural properties were vacant of the community. Nation and thus advance the process that allowed the ANT to issue 1,300 Land Award Resolutions to natural persons”.

Additionally, 15 urban titles were delivered by the Superintendency of Notaries and Registry and the Ministry of Housing, City and Territory.

The agreement between China and Uruguay sows discord in Mercosur