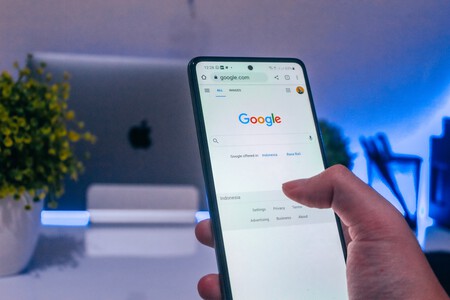 Google does not want to be left behind in the field of artificial intelligence. The Mountain View company, which about a month ago declared a “code red” for the ChatGPT breakthrough, is preparing a twenty applications based on AI to deal with the viral OpenAI chatbot that everyone is talking about.

It is that for decades the search giant has benefited from having practically insignificant competition in that sector. But near absolute dominance of a market may not be forever. We have already seen it with Netflix, which is now fighting to stay on the podium of streaming platforms.

Seasoned CEOs say that one of the ways to stay on top is to Adapt to changes. Not morphing fast enough is often the perfect recipe for failure. OpenAI, according to information shared by the New York Timesseems to have awakened a sleeping giant.

Alarm bells have gone off at Google to such levels that the company’s own founders, Larry Page and Sergey Brin, have shown up at the offices to hold a series of meetings with different teams. Sundar Pichai, has been the one who has summoned them in the framework of an “urgency” situation within various divisions.

The company is believed to have enough muscle in the field of artificial intelligence, much of it thanks to its purchase of research firm DeepMind in 2014. Until now, however, it has been skeptical about publicly demonstrating its advances, relegating its new technologies mainly to Lab tests.

But Sam Altman put Google’s plans in jeopardy with a stellar move. In November 2022 he released ChatGPT to the public with no access restrictions. Within hours, the chatbot became a viral phenomenon and many began talking about its great capabilities.

Even the conversation about this new artificial intelligence program quickly turned to a very specific question: whatwhat would happen if ChatGPT was connected to the internet? Let’s remember that the bot has been trained with huge data sets and that its “knowledge” goes back to 2021.


With rumors of the future release of GPT-4, a next-generation autoregressive language model and the successor to GPT-3.5, the one used by ChatGPT, Google doesn’t want to waste time. Precisely, one of its objectives is to launch a test version of a chatbot that works with its search engine.

The chatbot that will feed on Google Search will arrive as soon as this year in trial version, according to the aforementioned newspaper. And he won’t do it alone. At the classic developer conference in May, the giant could introduce an image generator called Image Generation Studio and a new generation of AI Test Kitchen.

AI Test Kitchen is a very important tool in Google’s strategy. This feeds on user interactions to improve the capabilities of LaMDA, the language model that is capable of holding conversations with humans and which, remember, was at the center of the controversy when a Google engineer said he believed it had conscience.

The name or characteristics of all the tools that Google has planned for this year are unknown. However, some projects, according to slides seen by NYT, speak of a green screen feature for youtubea wallpaper maker for Pixel devices, and an app called Maya that displays shoes in 3D.

Google also seems to have been inspired by GitHub Copilot. The company’s roadmap for 2023 indicates the presentation of Colab + Android Studio, a solution that will facilitate the creation of Android apps by suggesting code to developers.

In Xataka: Google is no exception either and announces a massive layoff: 12,000 employees on the streets 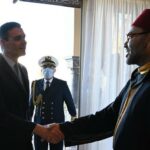