Giorgia Meloni, the post-fascist with the trauma of the ‘communist’ father who went with another to the Canary Islands 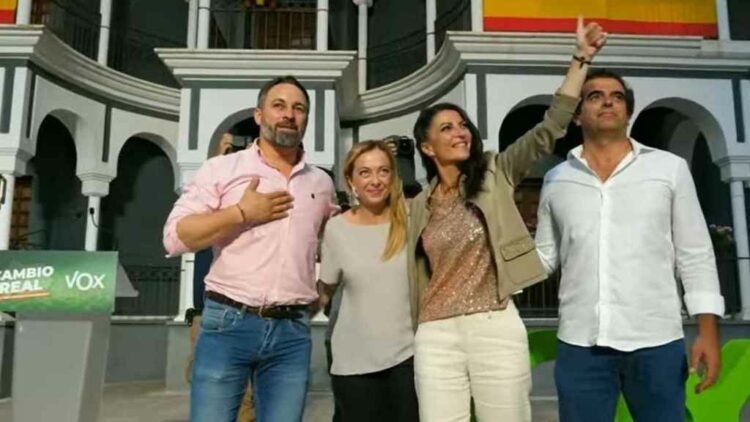 It is pronouncing his name and, in the transalpine collective imagination, it is synonymous with harshness, with intransigence: against the traditional parties, against immigrants, against the European Union. Giorgia Meloni (Rome, 1977), leader of the far-right Brothers of Italy (HDI) party, according to the main polls in the country, has all the ballots to become the next tenant of the Chigi Palace, seat of the country’s government in the shape of a boot.

She is the overwhelming favorite, but the aggressive style of her propaganda and the post-fascist component of her political record are worrying. To the point that she herself, in an interview granted yesterday, Saturday, to the Italian newspaper The stampadmits to having “wrong” in the tone he used during the rally in support of Vox in the Andalusian election campaign.

If she wins the next general elections on September 25, she would be the first woman to become head of the Italian Executive. The problem, however, is that if the coalition formed by Meloni, Salvini and Berlusconi will sweep the polls within two months; Italy would observe the arrival of the most right-wing government in its republican history.

Meloni has long been gaining ground in the Italian right itself, to the point that, currently, his party is the one that today leads the country’s polls. But the news of Meloni has returned to be in the forefront of Italian politics these days due to the resignation of the still italian prime ministerMario Draghi, after the government crisis unleashed by Giuseppe Conte’s 5 Star Movement (M5E) and the bizarre motion of confidence in the Senate last Wednesday.

Salvini and Berlusconi, partners of Draghi, have turned their backs on the former president of the European Central Bank (ECB) pushing the head of state, the president of the Republic Sergio Mattarella, to call an early election. Draghi, meanwhile, will remain in office until the appointment of the new successor, predictably, between late September and early October.

Politician and journalist, Giorgia Meloni defines herself as a “sovereignist, nationalist, Christian and mother”, a message that has so far worked for her among voters disenchanted with Salvini’s rather governmental style of the last year and a half. She grew up in the popular neighborhood of Garbatella in Rome, after an adolescence complicated by the departure of her father – “communist”, according to her – to the Canary Islands to live with another woman; to contradict her Giorgia she decided to join the Italian right.

From a very young age, he became part of the ranks of the post-fascist party Movimiento Sociale Italiano (MSI), later refounded under the name of National Alliance (AN), until it itself, in 2013, was in charge of creating Brothers of Italy (HDI) collecting the political legacy of the previous parties. At 29 years old, she was the youngest woman to hold the position of vice president of the Lower House and at 31, she was the youngest person in a government in the history of republican Italy, within the last Executive of Silvio Berlusconi. 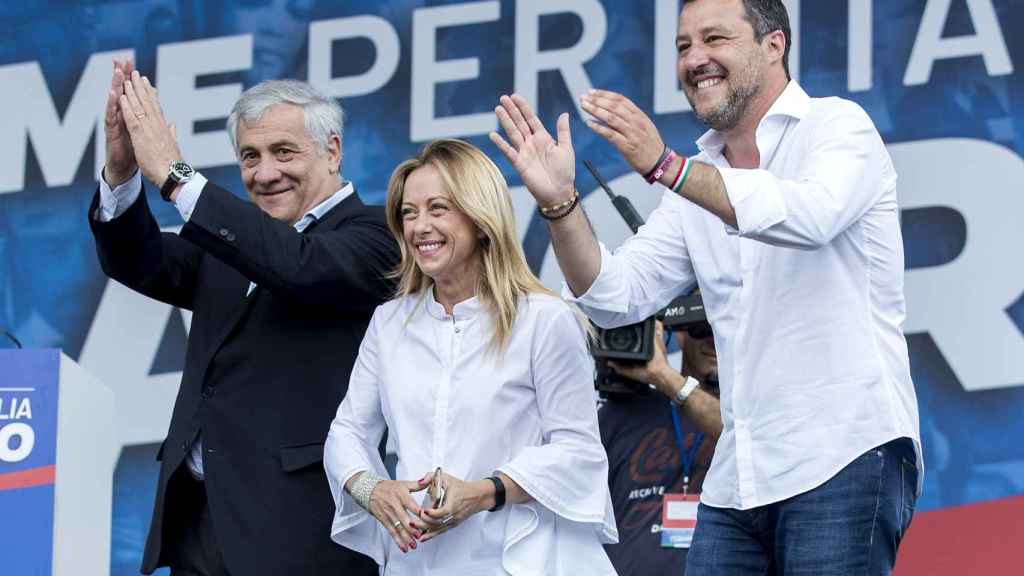 Meloni with Salvini and Tajani.


Currently, in addition to being the leader of the Brothers of Italy (HDI), she is the President of the European Conservative Party (ECR). What is Meloni’s political strength?

The crucial element, since she is leader of the Brothers of Italy (HDI), is that the right-wing leader has always been in the opposition, even during the stage of the Executive of national unity of mario draghi which, from February 2021 to the present, has encompassed both Salvini’s populist right and Enrico Letta’s pro-European left. The other key factor is political attrition: more specifically, the one that is detrimental to his right-wing companion, the leader of the League, Matteo Salvini. 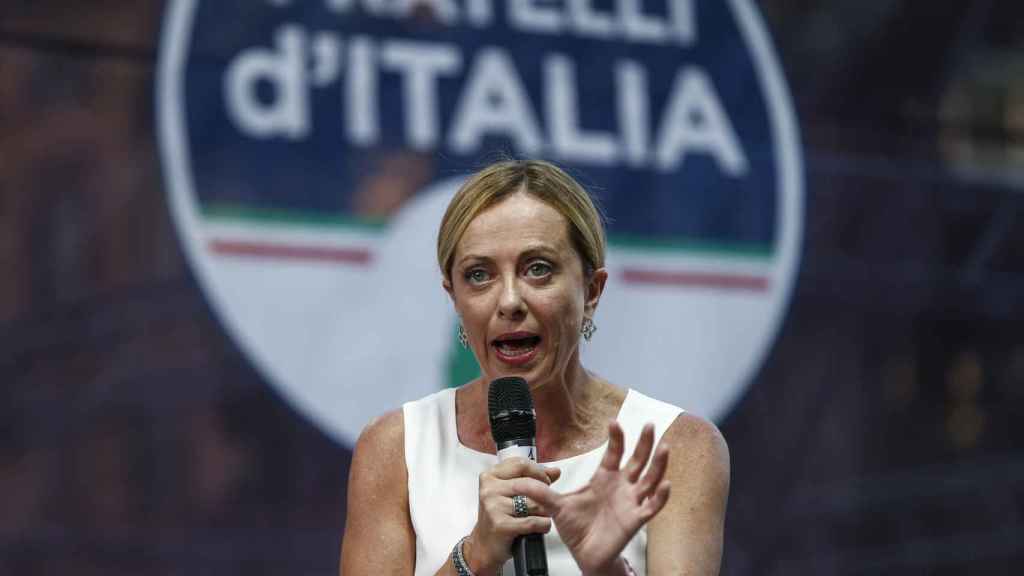 In recent years, the legista chief has done nothing more than accumulate consensus: in the summer of 2019, as Minister of the Interior, Salvini enjoyed more than 34% in the polls. But in the last two years Giorgia Meloni, from having 4% in the last generals, little by little he has been eating land to the head of the Leagueuntil overtaking him on his own right, enjoying today 22% in the last average of polls.

Salvini, with 14%, is in low hours. can you talk about real fascist risk in Italy in the face of the possibility that Giorgia Meloni could become prime minister? 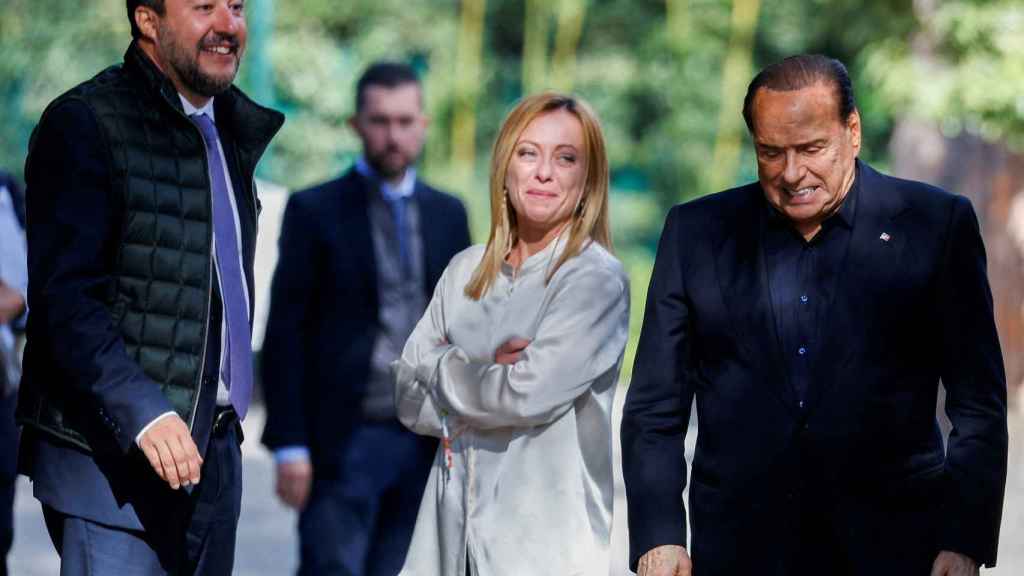 
No. It is different that Meloni, indeed, has been raising the tone of his propaganda for years so that it has even more force compared to that of Salvini’s League; and that your ambiguitywhen it comes to fascism, has the objective of gaining the support of the most extremist sectors of the country.

However, when last October the country’s main union, CGIL, was stormed at its headquarters in Rome by groups of neo-fascist protesters; Giorgia Meloni was forced, by circumstances, to stand out and underline its condemnation of all kinds of violencealso from extreme right-wing movements. Faced with Draghi’s resignation and the call for early general elections, Giorgia Meloni already speaks as one of the favorites. 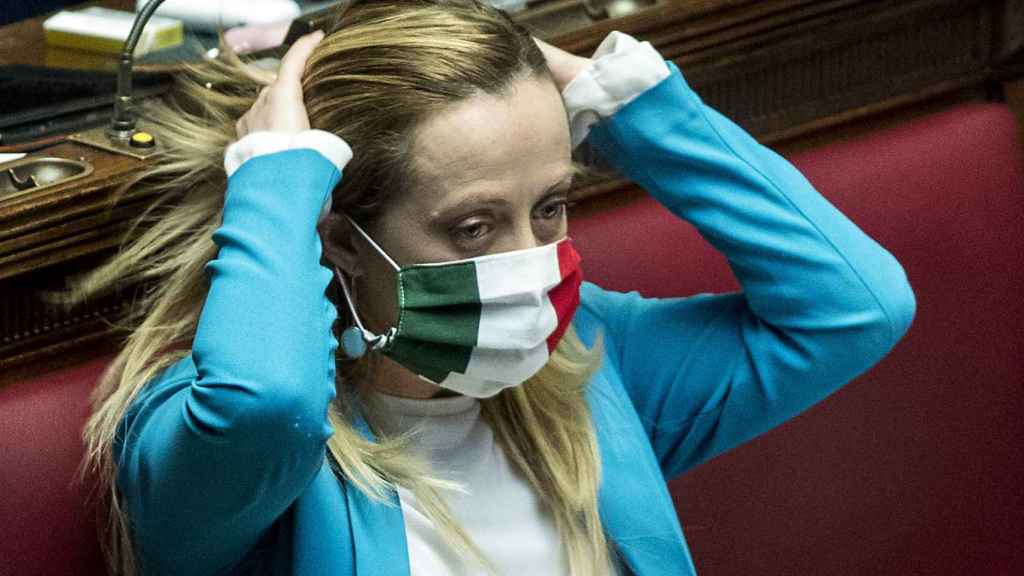 The interview granted yesterday to the Italian newspaper The stamp has shaped his intentions to preside over the Italian Government. In a climate in which the Salvini League has had contacts in the past with Putin’s Russia and where Berlusconi is a historical friend of the leader of the Kremlin; Meloni has spoken of the war in Ukraine, confirming his Atlanticist position: “If Italy does not continue to send weapons to Ukraine, the West will continue to do so and they will consider us an unserious country and the problem will be ours.”

If Meloni ruled Italy, he assures that the foreign policy of his country would not be affected: “It would be the same as today, for me it is a condition”. In the interview published in the well-known transalpine newspaper, Meloni admits to having been “wrong” during the Vox support rally in Andalusia: “When I saw the speech I gave again, I didn’t like what I saw. When I’m tired, it happens to me that I can’t modulate a passionate tone, so that it’s not aggressive”.

Meloni would win the elections

And he adds: “I would change the tone, but not the content. But it is true that when things are said with determination, they must be said with a different tone”. attending to the last mean of polls carried out in the country by the YouTrend poll analysis center, today Giorgia Meloni’s Brothers of Italy (HDI) would obtain an average of 22.8% of the votes, followed by Enrico Letta’s Democratic Party (PD) (22 .1%), Matteo Salvini’s League (14.4%), Giuseppe Conte’s 5 Star Movement (M5E) (10.8%) and Silvio Berlusconi’s Forza Italia (FI) (8.4%).

Who will finally be Italian Prime Minister? The unwritten rulewithin the right-wing coalition, is that whoever obtains the most votes has the moral right to be able to present himself in the eyes of the head of state, the president of the Republic, as a possible candidate for president of the Transalpine Executive.

If the situation portrayed in the polls were translated as is in the polls, Giorgia Meloni would have priority to receive task of forming a government from the hand of Sergio Mattarella. These and other issues will be discussed starting this week, in which Meloni, Salvini and Berlusconi will hold the first major summit of the right-wing coalition, which will define the fate of the conservatives for the next elections.

In recent days, among Italian experts, the possibility has circulated that Meloni, even winning the elections on September 25thalso prefers to be just the majority shareholder of the next Italian Executive, betting on a candidate for prime minister who has not won at the polls, as allowed by the system parliamentary of the Italian Republic and how it has been happening in the last 11 years: Mario Monti (2011), Enrico Letta (2013), Matteo Renzi (2014), Paolo Gentiloni (2016), Giuseppe Conte (2018, 2019) and Mario Draghi (2021 ). In just over two months, in the face of an eventual electoral victory, Giorgia Meloni could bet on the option of an “external” prime minister to continue her propaganda even within the government.

The problem, however, is that the leader of Brothers from Italy (HDI) has been calling for early elections for years precisely so that “the Italians are the ones who choose their prime minister, chosen from the polls.” Sooner or later, like any politician under the spotlight, Meloni will have to govern, choose and enter into contradictions.

It is not possible the permanent opposition. And less as a tenant of the Chigi Palace.