Italian actress Gina Lollobrigida, who rose to international film stardom during the 1950s and was nicknamed “the most beautiful woman in the world” after the title of one of her films, died in Rome on Monday, January 16, at the age of 95. old. In addition to being an actress, she also dedicated herself to photography and sculpture.

Italy says goodbye to one of its highest representatives of cinema and photography.

The actress Gina Lollobrigida passed away on January 16 at the age of 95, confirmed the artist’s family and her agent Paola Comin.

Although the causes of her death were not disclosed, the diva of the film industry had undergone surgery for a fractured femur last September, after suffering a fall at home. She shortly after returned to her home and had begun to walk again.

“The Bersagliera has left us. It is with deep pain that her son, Milko, and her grandson Dimitri make the sad announcement. At this time of great pain, the family asks for the utmost respect from the media,” says a note from the family published by the Italian press.

Born into a working-class family in a poor mountainous area east of Rome, she and her family fled the countryside in wartime for the capital. She studied sculpture and then got her break into the world of cinema after winning third place in the Miss Italia beauty pageant in 1947.

Lollobrigida began making films in her country just after the end of World War II, when the nation began promoting a stereotypical concept of Mediterranean beauty on the big screen.

She was nicknamed “the most beautiful woman in the world” after the title of one of her films. Given her attractive physical appearance and recognition in the cinema, she sustained a career in which she was considered a rival to Sophia Loren.

Impulsive by nature, she made headlines again in 2006, when at the age of 79, she announced that she would marry a man 34 years her junior. She later called off the wedding and blamed the media for messing it up.

“All my life I wanted a true love, an authentic love, but I have never had it. No one has ever truly loved me. I am a cumbersome woman,” she said during an interview when she was 80 years old.

“La Lollo”, as the Italian public affectionately nicknamed her, made one of her first appearances as Gemma, an adulterous woman in the film ‘La Provinciale’ or ‘La Provinciana’, by director Mario Soldati, in 1953 .

The character he played alongside Humphrey Bogart in John Huston’s 1954 film ‘Beat the Devil’ sealed his worldwide fame and in 1955 he made what became one of his iconic films: ‘The Most Beautiful Woman in the World’ .

In addition, among the highlights of his artistic career is the Golden Globe-winning film ‘Come September’, with Rock Hudson.

Although he acted alongside other American stars such as Frank Sinatra and Burt Lancaster, he did not focus on Hollywood and preferred to work closer to his country, continuing with films during the 1960s with directors such as Mario Bolognini.

In that feature film, she played Carla, an Italian woman who had affairs with three American soldiers during World War II and whom she meets again at a squad meeting 20 years later.

After moving away from the film industry, Lollobrigida became a photographer and dedicated herself to her role as a sculptor, but she has always been remembered as one of the great divas of Italian cinema. 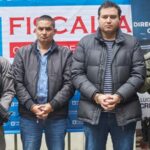