The German weekly ‘Der Spiegel’ reported that Berlin will agree to hand over a squadron of its heavy ground units for the defense of Eastern Europe and will empower other countries to do the same. This happens after days of international pressure, official requests and negotiations. Meanwhile, to make sense of the feeling of coalition that is trying to be formed among NATO members, the United States would also give its Abrams, more sophisticated units than the German ones.

Although official confirmation is lacking, the outlook is encouraging for Ukraine’s insistent request for the next phase of the war against Russia to be fulfilled: to have the German-made Leopard 2 tanks.

The Teutonic weekly ‘Der Spiegel’ affirmed that Berlin will modify its reticent position and send units. While it will give free rein to the other NATO members to do the same, an intention that countries like Poland and Finland had crushed in recent days.

Since the conclave that the defense ministers of the Atlantic Alliance held at the Ramstein base at the end of last week, all eyes have been on Germany, which has received continuous international pressure to reformulate its decision.

Both leading members such as NATO Secretary General Jens Stoltenberg and the United States had reaffirmed the German importance in the defense of Ukraine since the beginning of the war, while other members stressed the need to respond to the urgency raised by the government. by Volodimir Zelensky.

For kyiv, the arrival of the Leopard 2 tanks may change the course of the conflict due to its frontal ground combat attributes against other heavy units, its ability to fire at targets five kilometers away and its convenient maintenance conditions. According to ‘Der Spiegel’, chancellor Olaf Scholz would approve a shipment from a Leopard 2 company. That is, 14 units.

Poland, owner of more than 200 units of different versions, had warned that despite sending a formal authorization to Berlin, if the blockade continued it would opt for “non-standard” measures to get the tanks to Ukraine.

Germany expressed its fears of openly sending Leopard tanks in the face of a possible escalation in the conflict with Russia as it could be interpreted as NATO meddling in the Russo-Ukrainian war, something they had been avoiding, so they had limited their contributions to military aid packages, such as the one approved -the seventh in 11 months- this past Monday.

The serial production of these units developed by the two main German arms companies have reached the defense armies of eleven European countries -according to the International Institute for Strategic Studies-, each with modifications on request according to the territorial contexts for their implementation. .

However, despite being purchased independently by each nation, the licenses and their deployment must be approved by Germany. As would happen in the Ukraine, the Leopards have been used in different conflicts by the European members.

The first intervention in a real war was in Kosovo. Later, Denmark and Canada deployed them in their foray into Afghanistan, where they stood out for their resistance to mine attacks.

In return, Turkey took them to Syria, but the experience was not completely satisfactory. His little protection on the sides and the back left him exposed in urban combat, something for which they are not prepared.

Does the United States release its Abrams?

The North American units have been at the center of the controversy also in the last days. Germany had slipped that sending Abrams tanks would be a valuable gesture in the idea of ​​forming a coalition and would facilitate the approval of the Leopards.

Although specialized officials in Washington said it was not convenient due to its sophisticated maintenance – the Abrams use jet fuel and are more difficult to maintain, unlike the British Leopards and Challengers, which use diesel – the position could also be modified. .

Without official confirmation, the United States could honor the spirit of the allied bloc and join the shipments of heavy ground weapons, according to two sources told the ‘Reuters’ agency on Tuesday.

During the day, members of the Pentagon and the Ministry of Defense had again rejected the possibility before journalistic versions.

With EFE, Reuters and local media 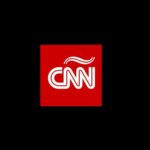