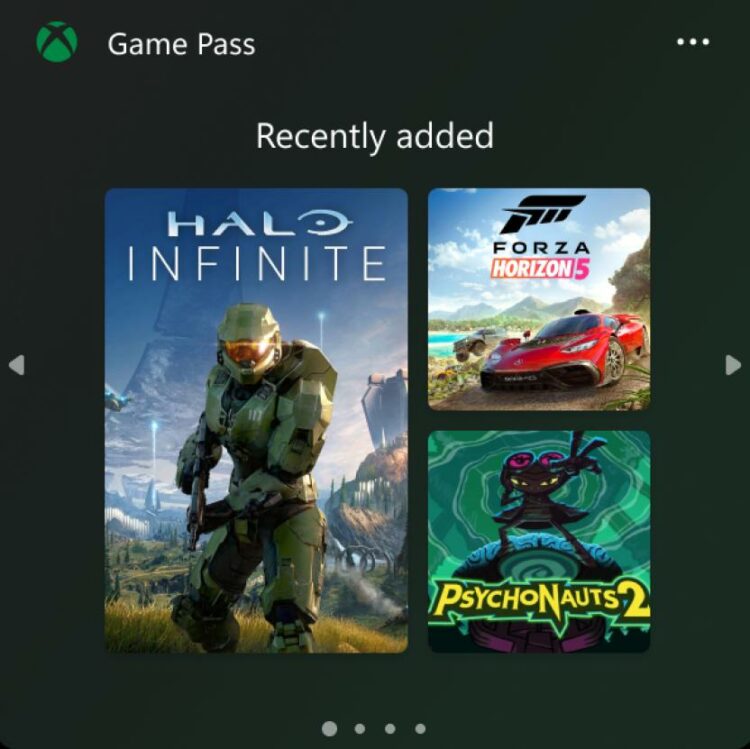 Microsoft has done everything so that more and more players know the benefits of Xbox Game Pass and PC Game Pass. Now, the company is preparing a surprise for all those who use the service on their Windows 11 computers, as the operating system will receive an interesting novelty related to the gaming platform.

Microsoft will bet again on widgets, useful tools to access applications or content easily from the desktop. Soon this section will be renewed in Windows 11 and the first new widget will be dedicated to PC Game Pass. The good news is that it is already available for some users.

What is the PC Game Pass widget for in Windows 11?

At the time of this writing, the PC Game Pass widget for Windows 11 is only available to members of the Windows Insider program. However, it is a matter of time before it is released for all users of the operating system.

The tool will be very useful for players who always want to be aware of what’s new coming to the service from month to month. This is because it will display a window where both the titles that will be added and those that will be dismissed from the catalog will be shown.

In addition, a selection of titles can be viewed under various categories, as is already done in the service application for PC. The good news is that it will have other features later, such as the ability to start recently played games, access to an Xbox account, as well as personalized recommendations for each user.

If you are a Windows Insider member, you can now use this new feature from the Windows 11 widgets section. For now, there is no confirmed date for the tool to reach the general public. Below is an image for you to take a look at:

We are beginning to roll out a preview for the new Game Pass Widget to #WindowsInsiders in the Dev Channel. Details here in the blog post: https://t.co/fVpgNYaJY7 pic.twitter.com/FUILvTmgqN

In case you missed it: Have you already played them? These 5 titles will leave Xbox Game Pass in August

We recommend you visit this link to find out all the news related to Xbox Game Pass and its games.

Related video: the best games of the first half of 2022

Soccer pushes vivo, the company that seeks to reach the top 3 Mexican