The Last of Us Remake: graphic comparison between the original and the new version 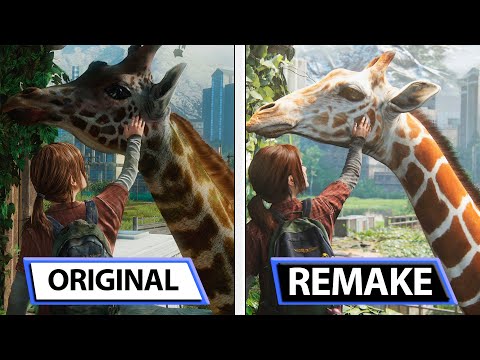 On September 2 it will go on sale The Last of Us Remake for PS5 and PC. It is an improved version of the first video game in the franchise that became one of the favorites of PlayStation gamers.

Unlike the remastering for PS4, it is a video game developed from scratch that maintains the classic scenes of the first title. Only in the first preview, you can already see that certain faces have been modified, relying on the power of the new generation of consoles.

Content creator El Analista De Bits shared a scene-by-scene graphic comparison between the 2013 video game and the 2022 version. You can see that they changed the design of the characters, now you can see the accessories in their backpacks.

Faces and some hair physics were also modified. Another detail that draws attention is the improvement in lighting and reflections on the ground and objects. The scenarios look much more realistic thanks to this technology.

Finally, Naughty Dog tweaked the artificial intelligence of the enemies for a better gaming experience. The Last of Us Part I will go on sale on September 2 on PS5 and the announcement of the date of sale on PC is still pending.

Remember that it will have two graphics configuration tools: native 4K at 30 fps, for a realistic experience, or dynamic 4K at 60 fps to prioritize gameplay.