The King of Fighters XV will have Samurai Shodown DLC fighters 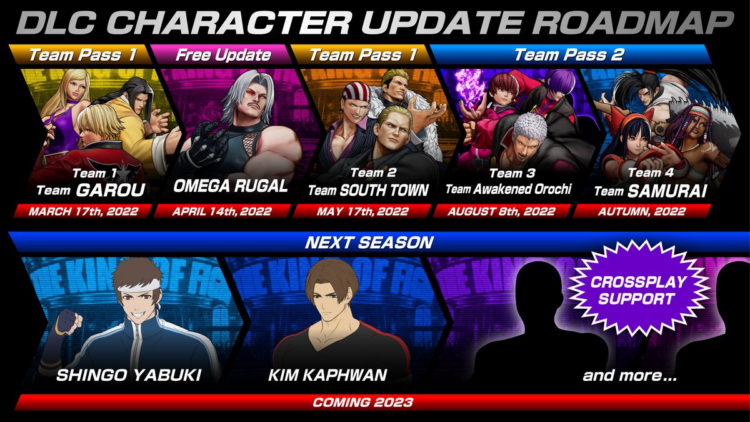 SNK was one of the companies that were part of EVO 2022 and boy did they take their participation seriously, because it was one of the ones that gave the most to talk about. Not only did he reveal great news for his current titles, apart from announcing the continuation of Fatal Furybut also revealed DLC plans for The King of Fighters XV during the next few months.

The Japanese company took advantage of its space at EVO 2022 to account for the great post-launch support it will give to The King of Fighters XV. Best of all, players won’t have to wait long to start seeing what’s new.

The King of Fighters XV will receive DLC from samurai showdown

We remind you that in a matter of hours the third DLC team Team Awakened Orochi will debut, which will show the characters of this organization with classic outfits. Well, it has just been revealed that the next DLC team will be Team Samurai, made up of fighters from samurai showdown Haohmaru, Nakoruru and Darli Dagger. It is expected to debut in the fall of 2022.

That’s not all, since it was confirmed that the fighting title will have a second season, which will begin in 2023. SNK gave a glimpse of the plans for this new season and it was revealed that it will include more DLC characters, cross-play ( which we recently informed you about) “and more”.

The identities of all the fighters of this new season are not yet known, but the first 2 have already been confirmed: Shingo Yabuki and Kim Kaphwan, who will apparently arrive in that order from some date in early 2023.

Then we leave you with the announcement trailer.

In case you missed it: Mai Shiranui and Terry Bogard turned into beanstalk Fall Guys.

What do you think about the upcoming content? The King of Fighters XV? Tell us in the comments.

The King of Fighters XV debuted on February 17, 2022 on PlayStation 4, PlayStation 5, Xbox One, Xbox Series X|S, and PC. You can find more about him if you visit his file or if you consult our written review.

Related Video: The Good, the Bad, and the Meh! of The King of Fighters XV

Ancient source of oxygen for life hidden in the Earth's crust

Thailand urges the world to honor its climate change commitments