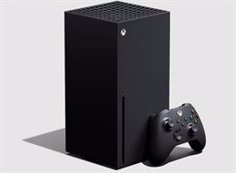 Sony has reduced the weight of PlayStation 5 (PS5) after having raised the price of the two versions of its new generation console by 50 euros due to the “high rates of global inflation”.

The Japanese company clarified a few days ago that its game consoles will be more expensive in five selected markets in Europe, the Middle East, Africa, Asia-Pacific, Latin America and Canada. However, he exempted the United States from the price increase of the two versions of his PS5, with and without Blu-ray reader.

Now, the specialized medium Press Start has advanced the arrival of a lighter model of PS5 according to the specifications sheets of the console to which it has had access, just a few days after Sony announced the new prices of its devices.

It’s about the model IFC-1200, which Japanese retailers expected to start receiving from September 15, according to this portal. However, Australia will finally be the first country to receive it.

This model is divided, in turn, into two: the CFI-1202B which refers to the digital version of the game console (PS5 Digital Edition) and the CFI-1202A which alludes to the one that does include a reader.

The main difference between both models and the previous ones is the weight. In this sense, this medium recalls that the PS5 received in 2021 a lighter version for its two versions than reduced the weight of the two by 300 gramsup to 3.6 kilos in the digital one and 4.2 kilos in the one that integrates the reader.

After this new revision, the weight of the standard PS5 becomes 200 grams lighter, up to 3.4 kilos. For its part, the version with a disk drive now weighs 300 grams less, up to 3.9 kilos.

This weight cut may imply that Sony has changed certain components of both versions of its console, that are still unknown. For example, in 2021, the two new models introduced changes to their heat sink.

Twitter launches its version of 'close friends' for all users

How does the day without a car affect businesses? Fenalco responds