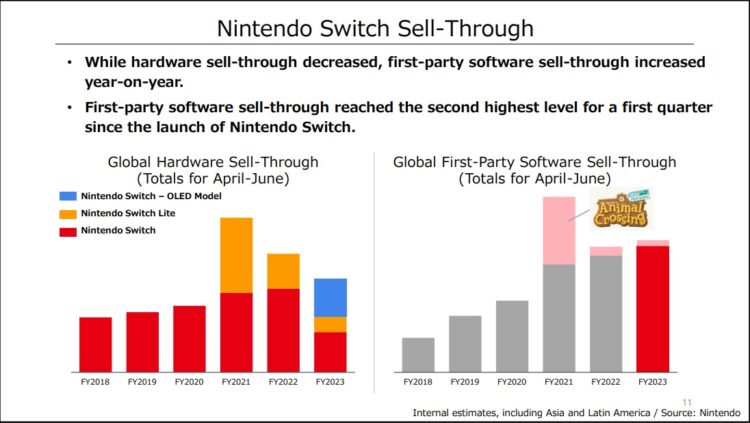 32
SHARES
230
VIEWS
Nintendo Switch hardware and software sales were down last quarter compared to the same period a year ago, but it wasn’t because of the games. first party, which posted their second-best first quarter. In other words, the last time Nintendo sold more games during the April-June period was when it released Animal Crossing: New Horizons, a game that blew away shipping more than 13 million units in its first six weeks.

The good sales of the software first party of Nintendo Switch are largely explained by the commercial success of Kirby and the Forgotten Land, which during its first fifteen weeks on the market managed to sell more than 4 million units. We are facing the delivery of the best-selling Kirby saga in history, a crown that is not bad for a game that celebrates the 30 years of the character created by Masahiro Sakurai. Kirby Star Allies came to Switch in 2018 and is still a little ways from reaching 4 million copies.

Nintendo Switch Sports has also been a success, which in eight weeks has managed to sell 4.84 million units. It is difficult to compare the sales of this title with its more popular predecessors, especially considering that Wii Sports was shipped with Wii and has 82.90 million units sold. On the other hand, Mario Strikers: Battle League also contributed its grain of sand, which in three weeks totals 1.91 million copies sold. About Fire Emblem Warriors: Three Hopes, which arrived on June 24, there is no data. 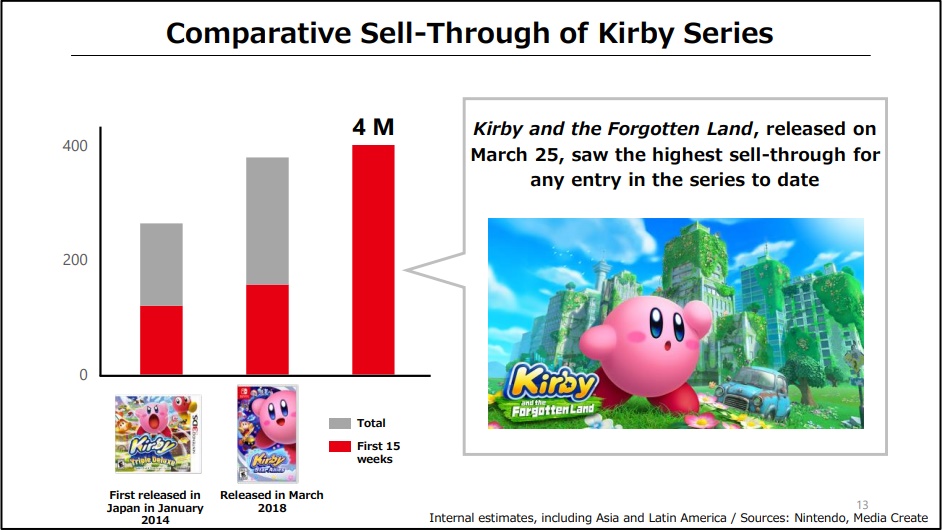 In total, 863.59 million games have been sold for Nintendo Switch, almost eight titles per console.

They find the last panda bear in Europe