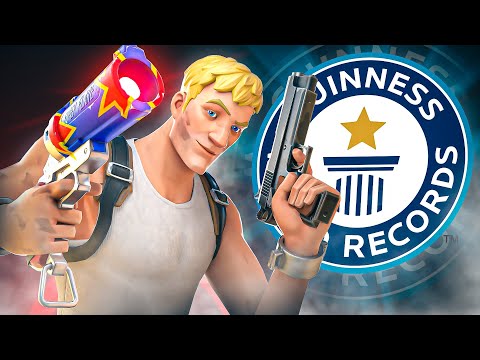 there are those who play Fortnite… and others who really live it. Tfue and her two Trios partners, Prospering and Zemi, set a goal of getting 50+ kills in a single match of Fortnite collectively to set a world record. The result was positive and they eliminated 52 people as a unit.

Tfue took a long break from playing Fortnite. He was absent from the game for years. Even so, the aim has not failed him to the point of obtaining a new world record and everything was recorded in a YouTube video.

At the beginning of the clip, Tfue noted that he and a partner had achieved 46 kills as a duo, making his record-setting effort in Trios at least feasible. Getting to 50+ is a tall order, but they almost made it with one less teammate.

They started off by dropping into Rocky Reels, one of the hot spots on the map. This was probably a bit strategic, as dropping into Tilted Towers would have had more eliminations and potential danger. They managed to avoid death several times before leaving the POI, taking out almost all the rivals.

Sometimes they would remove 2/3 of a team so the remaining players could reset their teammates. This, in turn, would lead to more kill opportunities for Tfue’s team.

Here we share the video of the feat in Fortnite.

Fortnite It is currently playable on Nintendo Switch, PC, PlayStation 4, PlayStation 5, Xbox One, Xbox Series X/S, and Android devices. It can also be played on iOS, but from Xbox Cloud Gaming or GeForce Now.

The President of Taiwan receives a delegation from the Atlantic Council