Fortnite Chapter 3: they discover a glitch that can make you win the games 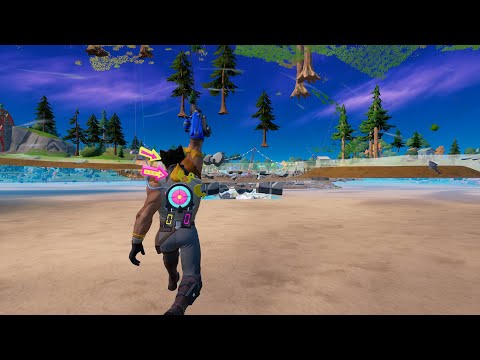 Technical problems continue Fortnite. The most recent glitch was found in Rave Cave, a popular location that was added to the game with the release of Chapter 3 Season 3. When players jump over the dumpster in Rave Cave and then exit, they will encounter glitches below the map. and immune to attack from others.

Rave Cave is one of the best landing spots in Fortnite right now, as he has the most chests in any location. However, the latest glitch could completely ruin the popularity of the place if Epic Games doesn’t fix it soon.

the popular youtuber GKI spotted the bug and posted it in a video to social media. The content creator revealed a dumpster that can be found slightly underground in Rave Cave. If players fall on top of the container and leave it, they will be trapped under the map.

What causes this fault Fortnite so serious is the fact that it allows players to get easy wins. While underground, players cannot be damaged by their enemies, allowing them to be the last survivor.

Considering that this glitch completely ruins the game, players who use it can be banned for a long period of time.

Moderna will enter more than 20,000 million euros in 2022 for its vaccine against Covid-19