Fortnite Chapter 3: how to be invisible without hacks in your Battle Royale games 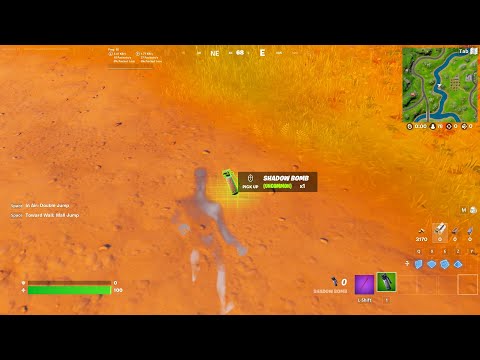 There are errors in Fortnite that play in your favor. A well-known youtuber has detected a simple way to stay hidden indefinitely with shadow bombs. Don’t worry, your account will not be banned by Epic Games and the process is extremely simple. You will only have to do two actions constantly to maintain the effect.

The shadow bombs in Fortnite make the player partially invisible for six seconds. When using it, the user will turn into a shadow of black particles that are difficult to observe. It is commonly used to rotate around the map, either to escape a firefight or attack an unsuspecting player. It is also characterized by offering the option of double jumping to climb walls without problems.

The video shared by GKI on YouTube shows that you can keep the shadow effect indefinitely. The images show the content generator constantly sliding and jumping so that the effect does not wear off after six seconds.

We recommend using this trick to attack or escape from the most intense firefights. Keep in mind that you will have to constantly jump and slide for the cheat to work, so aiming and shooting can make it difficult for you to use the glitch in your games of Fortnite.

We don’t know how long this trick can be done, because Fortnite It constantly updates the servers to avoid errors and guarantee the balance of the games.

Biden's Semiconductor Law will have a positive impact in Mexico