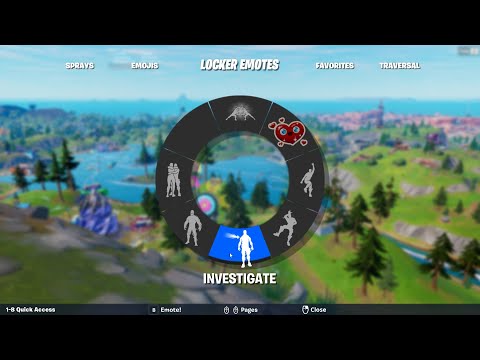 More things come out that can harm your performance in Fortnite. The developers of Epic Games try to make the games more and more fair; however, there are articles that, due to a design error, are “pay-to-win”, that is, they are paid and used to win. Right now there is one that may be interesting on the platform.

The youtuber GKI, known for his content dedicated to discovering the errors of Fortniteshared that there is a way to be invisible with the outfit of Eddie Brock, the Marvel character belonging to the Spider-Man universe.

The first thing you should do is select the Eddie Brock skin but as Venom, which was introduced in Chapter 2 Season 8. Next you will have to run the Built-In emote and then the Investigate emote. When the character does, you will notice how you become invisible.

There are several details that you should consider about this trick in Fortnite. This is not a cheat to get banned, because it is a programming error and only lasts a few seconds. Additionally, there is a small artifact from the Investigate emote that will give away your location. It is a very small device, but it still works as a decoy.

Here we share the complete video of GKI so that you can also do the same trick. We don’t know how long it will be available for. What yes is that you will have to spend V-Bucks in the store of Fortnite to get all the material: the Eddie Brock skin and the two emotes.

Bruce Willis' Wife Emma Opens Up About Coping With Grief