The Mauritanian Police arrested Uld Abdelaziz on Tuesday, who has spent the night detained in an unknown place in order to guarantee his presence at the opening of the trial, according to the radio station Radio France Internationale.

In fact, Uld Abdelaziz’s defense lawyers have denounced that the arrest of the ex-president was carried out “without notification of any order issued by a judge”, for which they consider that “the political police are determined to humiliate” the ex-president.

This position has also been defended by Uld Abdelaziz’s own family, as is the case of his daughter, Asma Abdelaziz, who has questioned the reasons why “of more than 300 people involved in the case”, the former president has been “the only one to be jailed”.

The former president was indicted in March 2021 for corruption along with ten other people, including two former prime ministers and several former ministers, in the framework of an investigation for crimes allegedly committed during his term as president of the African country.

Now, after more than two years of legal and judicial procedures, Uld Abdelaziz will finally face Justice in what, according to the president of state lawyers, Maitre Brahim Ould Ebety, is the first time that a president has been tried. for corruption.

According to Uld Ebety, the evidence analyzed shows that Uld Abdelaziz took advantage of his position to “seize an important real estate asset” and prevaricated to “intervene in public contracts”; while his son used an NGO to launder money.

According to prosecutors, the former president’s assets increased considerably throughout his ten years in office, reaching a value of 67 million euros in March 2021.

Uld Abdelaziz, who acceded to the Mauritanian Presidency after winning the elections in 2009 -a year after leading a coup and presiding over the High Council of State during a transition period-, left office in 2019, after the victory of Mohamed Uld Gazhuani, his former ‘dolphin’ and whom he supported in the elections. 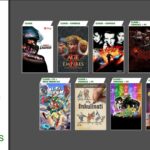