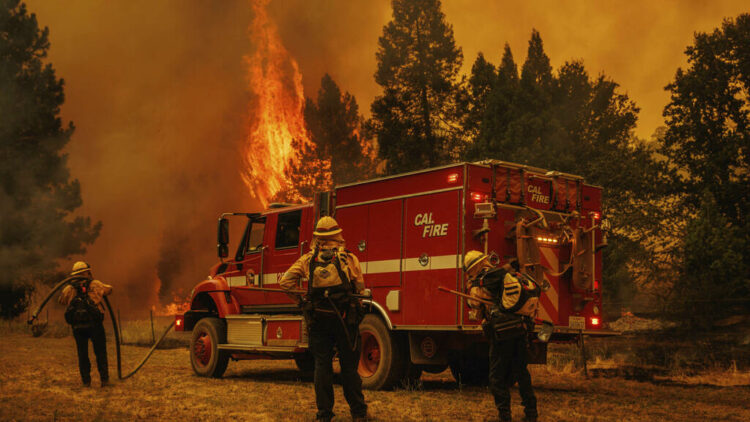 The Governor of California, in the United States, Gavin Newsom, declared a state of emergency in Mariposa County in the face of a rapidly expanding wildfire near Yosemite National Park. The blaze, which has become one of the largest in the state this year, forced the evacuation of thousands of people and knocked out power to at least 2,000 homes and businesses.

More than 400 firefighters are battling the flames near Yosemite National Park in the western United States amid difficult conditions of hot weather and completely dry vegetation.

California Governor Gavin Newsom has declared a state of emergency for Mariposa County where the flames originated.

The so-called Oak Fire, which began on Friday, July 22, southwest of the park near the town of Midpines, grew at least 19 square miles. It has become one of the largest fires in the state so far this year, according to the California Department of Forestry and Fire Protection.

Also, has burned at least 4,800 hectares of forest. This is the second forest explosion near Yosemite this year, one of the best-known nature reserves in the country, after the one declared at the beginning of this month of July.

Hundreds of firefighters are battling a fast-moving fire burning near Yosemite National Park in California. A mandatory evacuation order was issued as the Oak Fire quickly exploded to thousands of acres, according to state fire officials. https://t.co/GP1szQRLsC pic.twitter.com/JMw1QUhO0L

The flames have destroyed several residential and commercial structures and threaten around 2,000 more structures, according to local authorities.

“The fire is moving fast. This fire was throwing embers in front of itself for up to 2 miles (…) These are exceptional fire conditions,” said Daniel Patterson, spokesman for the Sierra National Forest.

The fire prompted numerous road closures, including the closure of Highway 140 between Carstens Road and Allred Road, blocking one of the main routes into Yosemite.

The causes of the fire are still under investigation.

Thousands of people forced from their homes

Given the intensity and speed of the flames, local authorities issued evacuation orders for thousands of residents.

The measure went into effect on Saturday, July 23, for more than 6,000 people who live in a stretch of several miles in the sparsely populated rural area, Patterson said.

Authorities set up temporary shelters to house the population in Mariposa County.

Less than 16 kilometers east of the Oak Fire, the fire unleashed on July 7 and named Washburn has affected some 2,000 hectares and is 79% controlled, according to the latest data.

However, the situation would not be close to being controlled. The US Forest Service managed to push those flames away, but the fire spread to the east where the Sierra National Forest is located.

The emergency has also generated a power outage. Pacific Gas & Electric, which provides the service, reported that more than 2,600 homes and businesses in the area had lost power as of Friday afternoon and there was no indication when it would be restored. “PG&E cannot access the affected equipment,” she noted.

California has experienced increasingly large and deadly wildfires in recent years. Experts explain that climate change has made the western United States much hotter and drier in the last 30 years.

Scientists indicate that the weather will continue to be more extreme and forest fires even more frequent, destructive and unpredictable.