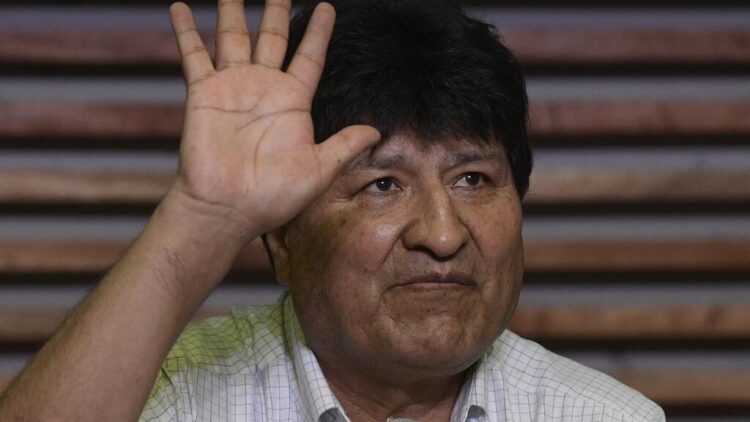 Former left-wing Bolivian president Evo Morales denounced the theft of his cell phone during an event of his political party in which the Minister of the Interior was present, which caused a stir in Bolivia. The former president indicates that he has “nothing to hide”, but that he will denounce “any attempt to use fraud or misrepresentation” against him.

The former president of Bolivia Evo Morales not only denounced the theft of his cell phone, during a political act of his party last Sunday. He also declared on his social networks that, in addition to his own, two other devices were stolen, those of his assistant. In other words, 3 in total and that he hopes that this is not a planned attack, alluding to the presence, at that same event, of Government Minister Eduardo del Castillo and his security personnel.

Del Castillo said that “everyone knows what their cell phone contains”, so the former president does not have to worry. The former president stated that he has “nothing to hide”, but that he “will denounce any attempt to use fraud or misrepresentation against him”.

For a year Morales has been attacking the actions of Minister del Castillo, whom he has accused of coordinating with the DEA and even asked for his resignation.

The police deployed a mega operation of exhaustive raking, with troops who were even on rest, without being able to find the telephone sets.

It was not confirmed whether the equipment was protected with a password, so there is fear on the part of the ruling party about possible leaks of messages and images of a private and public nature that could be found in it.

130 km of battlefield separate them from the central Zaporizhia

the Russians disappointed by the Chinese