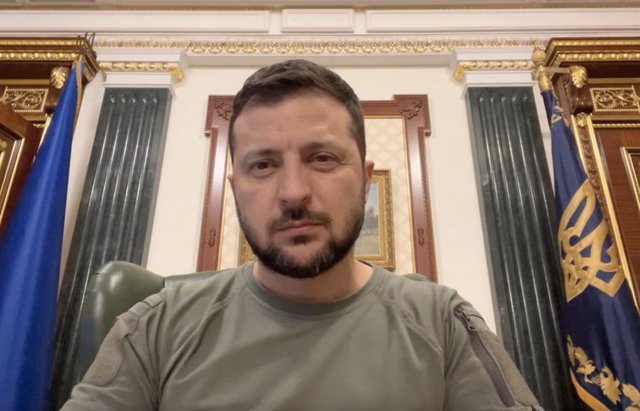 The Ukrainian president, Volodimir Zelensky, has reiterated his defense this Friday of the general ban on visas for Russian citizens, claiming that it is a “fair” measure, while urging European allies to insist on carrying it out.

“There must be a guarantee that Russian assassins and facilitators of state terrorism will not use Schengen. And secondly, you cannot destroy the very idea of ​​Europe, our common European values ​​(…) you cannot turn it into Europe in a supermarket where it does not matter who enters, but the main thing is that a person simply pays for the goods,” the Ukrainian president said in his daily message to the population of Ukraine.

Zelensky has come out again to defend his proposal to ban visas for Russian citizens traveling to Europe for tourism, entertainment or business, after several members of the European Union have opened the debate on the execution of the approach offered by the president ukrainian

Specifically, the Estonian government has already announced that it will stop giving visas to tourists arriving from Russia to Estonia or in transit, detailing that the number of Russian citizens crossing into their country has increased “massively.”

However, the president of Ukraine has stressed the importance of offering visas for those citizens who risk their lives if they continue in Russian territory.

“Of course, we all understand: there are people who really need protection, who are persecuted in Russia, they may even be killed, and therefore they must receive help from the civilized world,” he said.

“These are well-known legal mechanisms: through refugee status, asylum applications and other opportunities for help and support. But it is for those who struggle, for those who are persecuted. This should not apply to the rest of Russian citizens,” he added, pointing to the case of those who cross the border with the Union for non-humanitarian reasons.

Zelensky proposed the visa ban in an interview with ‘The Washington Post’ in which he noted that many Russians were crossing by road to the European Union despite the flight bans imposed at the start of the War of Twenty-Seven.