UK asks to cut water use due to drought 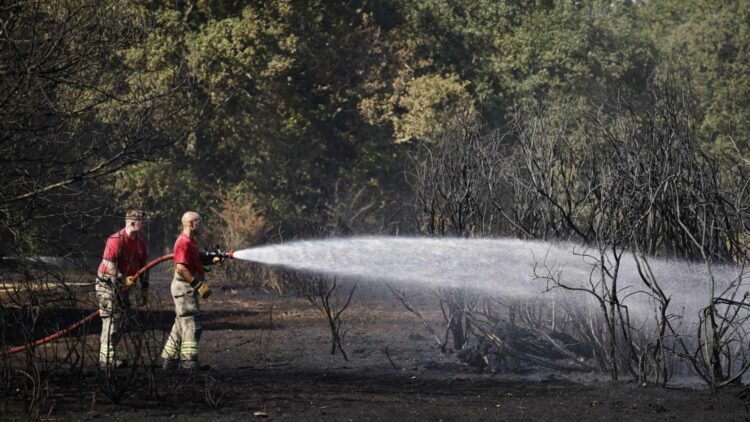 The lack of rain and the prolonged period of high temperatures this summer have forced the British Government to officially declare the state of drought in parts of south-west, south, central and eastern England.

This situation, announced on Friday by the Ministry EnvironmentFood and Rural Affairs, allows supply companies of drinking water that impose restrictions on the use of water in order to maintain reserves.

In fact, some water companies in Wales and the south of England have already announced restrictions about the use of Watersuch as the prohibition of the use of hoses to water gardens or wash cars.

In addition, citizens have been overwhelmed by an avalanche of “recommendations”, some stricter than others, made by experts and companies to cut consumption.

This is the case of the companies Affinity and Wessex Water, which have urged their customers to “reduce showers to four minutes” and flush the toilet “only when necessary“, according to the newspaper The Times.

Some somewhat rigid suggestions that are added to those of the company Anglian Water, which has asked those who have children’s pools to empty them in their gardens and use the remaining water to irrigate the garden.

Thames Water has also encouraged its customers to verify that the tanks their toilets don’t leak, let the grass turn brown, install butts to catch the rain, mist the plants in the morning, and turn off the faucet while brushing their teeth.

The state of drought was declared on Friday after a meeting of the so-called National Drought Group, made up of, among others, representatives of the Ministry of the Environment, the water companies, the Environment Agency, the National Livestock Farmers’ Union (NFU , in English), as well as the water service regulator Ofwat.

Secretary of State for Water Steve Double said the country is “experiencing a second heat wave after what was the driest July on record in parts of the country. The Government and other partners are already taking measures, including the Environment Agency, to manage the impacts”, collects the Efe agency.

“All of the water companies have assured us that essential supplies are safe and we have made it clear that it is their duty to maintain those supplies,” Double added.

RUSSIAN WORLD The child capitalism of the Putinomics