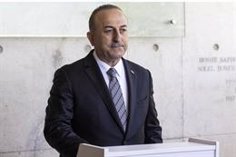 The Turkish Ministry of Foreign Affairs has summoned this Saturday the acting charge d’affaires of the Swedish Embassy in Anakara to convey the “strong reaction” of the Turkish Government to the presence of “terrorist propaganda” at an event in Gothenburg.

According to diplomatic sources quoted by the Turkish newspaper ‘Daily Sabah’, the incident occurred last Thursday, July 21, in the Swedish city, where supporters of the Kurdistan Workers’ Party (PKK), Union Party Democratic Party (PYD) and the Popular Protection Units (YPG).

“In this context, we hope that those responsible for this action will be identified and the necessary legal and judicial measures will be adopted and concrete steps will be taken by virtue of the commitments contained in the tripartite memorandum,” the source explained.

At the last NATO summit held in Madrid in the last week of June, Turkey signed an agreement with Sweden and Finland to open the door to the inclusion of these Nordic countries in NATO in exchange for them persecuting organizations considered terrorist by Ankara. like the PKK.

Someone has turned an old Game Boy into an almost professional-looking camera. The best: his retro photos