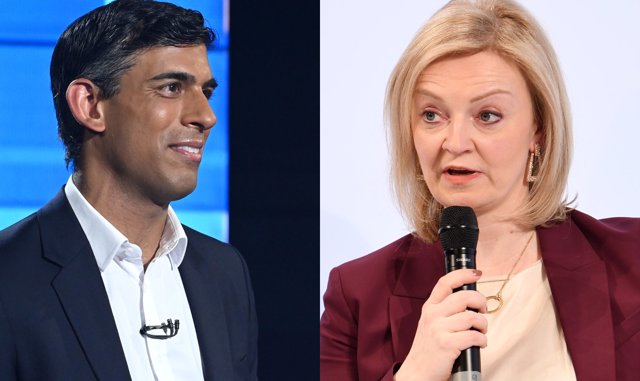 The UK Foreign Minister, Liz Truss, and former Treasury Minister Rishi Sunak will dispute the succession of Boris Johnson as leader of the ‘Tories’ and Prime Minister of the country after a new vote in which the secretary of UK Trade Status, Penny Mordaunt.

The race to choose the next British ‘premier’ – which works on the basis of discarding at least one vote – has left the names of Sunak and Truss on the table, who have won 137 and 113 votes, respectively.

Sunak has taken advantage of the occasion to guarantee that “he will work day and night to get the conservative message across the country.” “I will not let you down, I will work as quickly as possible to restore confidence in the economy and bring the country back together. I know we can do it,” he said.

In addition, he has emphasized that “he is the only one who can stand up to (Keir) Starmer”, the leader of the opposition Labor Party. “Truss can’t”, he has claimed her.

Truss, for her part, has not been slow to thank the “trust” placed in her and has assured that she is “prepared to give everything from day one”. “I also want to thank all the candidates who have stood because each one has contributed enormously to what the Conservative Party is,” she said.

“As prime minister I will try to unify the party and govern according to conservative values,” he said before committing to lower taxes and achieve economic growth.

In this sense, she has said she is “proud to be part of the party” and has guaranteed that “next week she will demonstrate to all the members of the party why she is the right person to lead it”.

Mordaunt, who received 105 votes and came in third place, has thanked his supporters and those who have advocated “party unity”. “I always pay tribute to those who put themselves ahead. Politics is not easy, it can be a place of division. We have to learn to work together and focus on the work that needs to be done,” he said, according to information from the BBC network. .

“I am proud of Brexit. My campaign showed a positive vision for the country I love so much. Our mission is not only to deliver what we have promised but to fight against Labor in the next elections,” she said. .

It was expected that the two final candidates among whom Johnson’s successor will come out will be known this Wednesday, although the party will not hold the last vote until the end of the summer.

Thus, these two candidates will submit to a vote by mail in which some 200,000 party members will participate. The new Conservative leader and therefore the new British Prime Minister is scheduled to be announced on September 5.