Truss and Sunak, the two candidates to succeed Johnson end the campaign 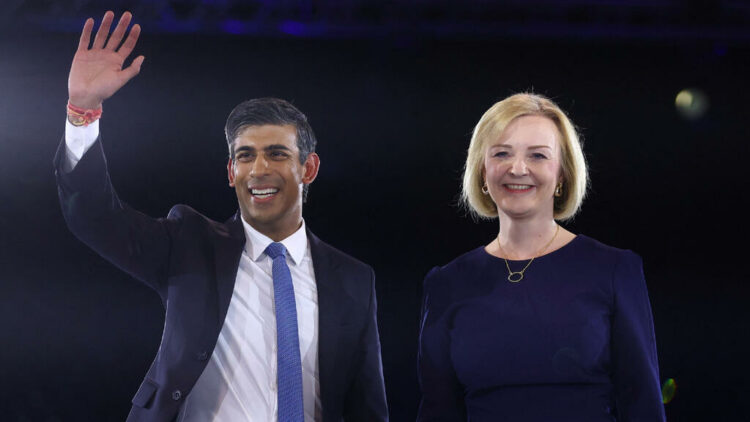 Liz Truss and Rishi Sunak, the two candidates for the position of Prime Minister of the United Kingdom made their last public act of the Conservative party’s primary campaign to succeed Boris Johnson. The winner will be announced on September 5. The new “tory” leader will have to face not only the high cost of living, but also the cost of energy.

In London and before thousands of “Tory” affiliates, the former Minister of Foreign Affairs, favorite in the polls to inherit the Downing Street office, and the former Minister of Economy, detailed their proposals to face, among other issues, the economic recession that the Bank of England and a soaring inflation that according to analysts may exceed 18% next year.

The name of the new prime minister will be announced on Monday, September 5 at a ceremony in London, while the following day the formal transfer of power will take place at the summer residence of Queen Elizabeth II in Balmoral, Scotland.

The new “tory” leader will have to face not only the high cost of living, but will also be forced to call a general election before January 2025.

Truss and Sunak proposals focused on the cost of living crisis

Truss repeated that she will reverse plans to raise corporate income tax, a move Johnson had already announced with the aim of reducing the debt generated by aid programs during the coronavirus pandemic.

For Truss, raising taxes “is not going to bring investment and growth to this country.” And he added that he will legislate to prevent railway strikes from paralyzing public transport, as has happened on several occasions this summer in the face of protests demanding wage increases in line with inflation.

For his part, Sunak, who designed the support measures during the coronavirus restrictions from the Ministry of Economy, affirmed, on the contrary, that his program “is not based on what people want to hear, but on what they need to hear. “.

“My plan is the correct one to face inflation, to compassionately support those who need help the most and to protect the economic inheritance of our children,” said the former minister, who emphasized the need to reduce public debt.

“Depleting the country’s credit card is not the right thing to do, it’s not responsible, and it’s certainly not the most conservative thing to do,” he argued.

The other topic in the last debate was the rising cost of energy, with many questions from the audience focused on rising energy bills ahead of winter.

Truss said “dealing with supply is the answer” to energy problems, rejecting the idea of ​​an unexpected tax on energy companies to provide support for people’s bills.

Sunak, however, said an unexpected tax would be “absolutely the right thing to do at a time when energy companies are making billions of pounds of war profits”.

The nearly 160,000 members of the Conservative Party with the right to vote have been sending their ballot with the election since the beginning of the month and they have until this Friday to define their vote.

With AP and EFE

VATICAN Cardinal Sako: Early elections are the only way to resolve the Iraqi crisis