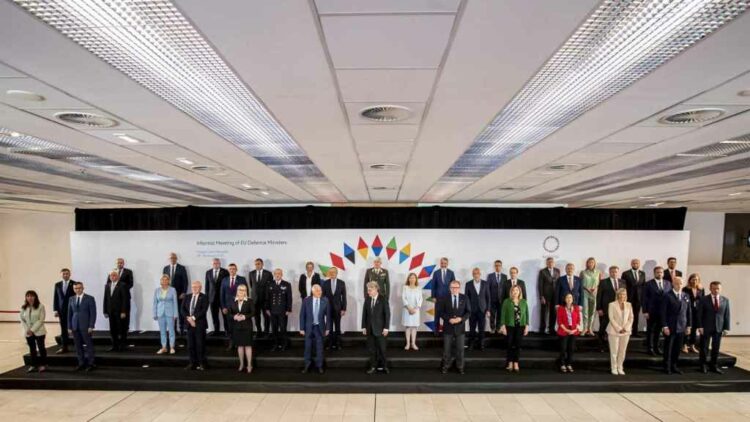 While the EU foreign ministers meet for the second consecutive day in Prague, thousands of Russian citizens enjoy their vacation days walking around the main European capitals. That is precisely the dilemma that today divides the members of the Club of 27who are debating whether or not to leave the borders open to Russian visitors while the Kremlin continues to bomb Ukraine.

Some members, such as the Balts or Finland, have already demanded a total veto for Russian visitors. And in fact, bordering countries such as Estonia have begun to apply restrictions to prevent them from accessing to the Schengen area by road, since travel from Russia to the ground community via train or plane are prohibited almost from the beginning of the invasion.

For their part, other partners such as France, the Netherlands, Germany and also Spain oppose this measure alleging moral, logistical and legal dilemmas. Although there is, of course, an economic component. And it is that this sanction for the war between Russia and Ukraine would suppose, at least for Spain, a hard blow for tourism at a national level.

Participants pose for a family photo during the European Defense Ministerial Meeting in Prague, Czech Republic, on August 30, 2022.

Few tourists, a lot of spending

According to international traveler arrivals figures published by the National Institute of Statistics (INE), in 2021 134,242 Russian tourists arrived in Spain, despite the restrictions imposed by the pandemic.

A figure much lower than 1.8 million citizens from Russia who visited the country in 2019, the last year of normality before the start of the health crisis due to the coronavirus.

These data show how, as a general rule, the weight of Russian tourism in Spain is very low, since by number of travelers they are not, by far, the largest group. Above are those from Germany, France or UKwhich represented the majority of the 83 million international tourists who arrived on Spanish soil three years ago.

Now, things change when we talk about the average tourist spending per person. And it is that travelers who come from Russia are one of those who leave the most money.

Without going any further, last year, those 134,000 Russian tourists who visited our country spent a total of more than 229 million euros, which means that each Russian tourist left an average of 1,708 euros on their vacations.

In this sense, closing the doors to Russian tourism would mean losing visitors with high purchasing power who stay in the country for long periods (close to fortnight). But not all the autonomous communities would suffer the same from the veto on Russian tourism.

Catalonia, Madrid and the Valencian Community would be the regions most affected by the veto on tourism from Russia

If the faucet of tourist visas were cut off for these travelers, Catalonia, Madrid and the Valencian Community would be the most affected, since they are the favorite national destinations of Russians since 2015, followed by the Canary Islands, Andalusia and the Balearic Islands.

Only so far this year, Russian tourists have left 48.7 million euros, of which 43% has gone to Catalonia and 16% to Madrid, always according to INE data.

The Last of Us: Part I: infected will have a new ability in the remake